British 1943–
Lived in Walthamstow and attended the local Art School in 1960. Due to financial difficulties he worked at Studio Seven in High Holborn, a advertising agency in High Holborn as a graphic artist. In 1962 he was able to complete his National diploma in Design. After leaving, he continued his education and went to the Royal College of Art where he studied under Alistair Grant. But by 1965 he changed from the design/ print making course and took up painting, his tutors being Carel Weight, Peter Blake, Ruskin Spear, D,Boshier among others. When he left in 1964 he exhibited with the London Group and worked briefly with Yoko Ono. Financial problems meant he had to work as a teacher which he enjoyed. He taught at various art colleges including Walthamstow, Harrow ,Byam Shaw and Chelsea. In 1970 after having a show at the Royal College he was asked to have a show at Nigel Green wood Gallery in Chelsea. It was through Greenwood that many British Art establishments like the Tate, British Museum, Arts Council and the Victoria and Albert purchased his art for their collections. By 1975 colour and representation started to reappear in his work using watercolour and oil. After a show at the Royal Academy Jubilee Show in 1977/8, Marlbourgh started to exhibit his work and became his dealer. In 1985 he had his first one man show in New York. But he loved New York so much he rented a flat. Using New York and Cooney Island he produced a series of paintings. As had his visit to Hong Kong and south East Asia in 1995 also inspired Jacklin to produce paintings. In 1991 he became a Royal Academia. In 1993 he designed a series of eight rugs. At present he lives between a New York apartment and a Connecticut farmhouse.
‘Throughout my career I have had two main preoccupations: studying the changing nature of light, and an interest in geometry.’ 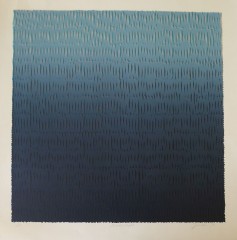 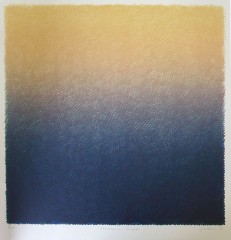 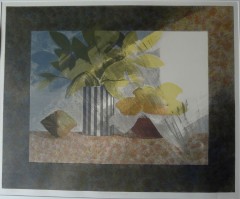