Horace Brodzky was an Australian-born artist and writer most of whose work was created in London and New York. His work included paintings, drawings and lino-cuts, of which he was an early pioneer. An associate in his early career of many leading artists working in Britain of his period, including Henri Gaudier-Brzeska, Mark Gertler, and members of the Vorticism movement, he ended his life relatively neglected. 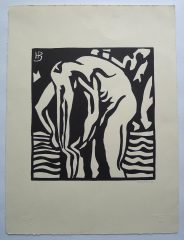 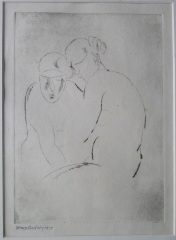