Clarke Hutton, illustrator, painter, lithographer and teacher. He was an assistant Stage Designer but decided to study art. He studied at the Central School of Arts and Crafts and for worked with William Pitcher, the ballet designer. In the late twenties Clarke Hutton took to lithography, replacing his teacher, A. S. Hartrick, at Central School of Art, as instructor in lithography. Hutton was a prolific book illustrator and contributed to ‘Recording Britain’ and to several picture books for Puffin and the Oxford University Press. He illustrated about 50 books for publishers in the USA & the UK.

His paintings, figures and landscapes were widely exhibited including the Redfern Gallery. His later work took on a Surrealist influence. He died in Westminster.

Clarke Hutton’s work can be found at the British Museum and the Victoria and Albert Museum. 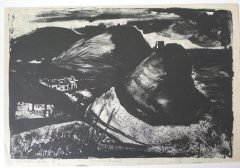 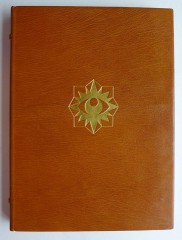