Colin Lanceley, born in Sydney and apprenticed to a commercial engraver at sixteen. After attending evening art classes at North Sydney Technical College, he studied fulltime at East Sydney Technical College from 1956 to 1960.  A formative influence was John Olsen who had recently returned from three years in Europe. In 1961 Lanceley joined the Imitation Realists group. Their first exhibition as the ‘Annandale Imitation Realists’ was in Melbourne in February 1962. This had been arranged by their patron John Reed at his Museum of Modern Art and Design of Australia. Their second exhibition, held in Sydney as the ‘Subterranean Imitation Realists’ was at the Rudy Komon Gallery in May the same year. Art critic Robert Hughes later described them as Australia’s ‘first totally urban art-guerrilla group’.

After winning the Helena Rubinstein Travelling Scholarship in 1964, Lanceley sailed to Europe, briefly staying with Robert Hughes in Italy and then settling in London in 1965. His first exhibition at the Marlborough Gallery in 1966 was organised by the critic Jasia Reichardt.

He taught at the Bath Academy of Art and the Chelsea School of Art where he mixed with Howard Hodgkin, Patrick Caulfield and other British painters. Inspired by Joan Miró, who visited his studio in London in 1966, Lanceley began to spend periods working in Spain and France. In 1981, after sixteen years away, Lanceley returned to Australia, settling in Sydney.

An intermittent printmaker, Lanceley made his first prints with Janet Dawson at Gallery A in Melbourne before his departure for Europe in 1965. His London dealer Marlborough published two suites of his screenprints made with Chris Prater at Kelpra Studio: ‘The Miraculous Mandarin’, 1966, and ‘Some adventures of Don Quixote’, 1972. Kelpra printed and published his screenprint suite, ‘The Waste Land’, 1975, which drew upon T.S. Eliot. The Tate presented an exhibition of Lanceley’s prints in 1976, organized by Pat Gilmour. Upon his return to Australia, Lanceley worked in Sydney with the printer Fred Genis. In 1985 he made the lithographic series, ‘Places’, in which places remembered from his sojourn away are matched with those re-encountered in Australia.

Information from Stephen Coppel, ‘Out of Australia: Prints and Drawings from Sidney Nolan to Rover Thomas’, with a contribution by Wally Caruana on Aboriginal prints, BMP, 2011. 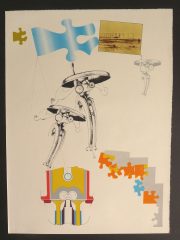 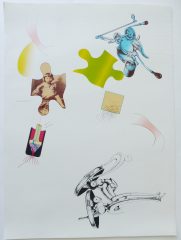 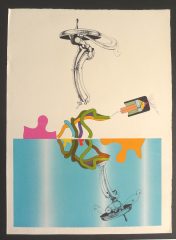 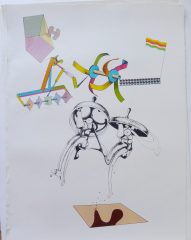 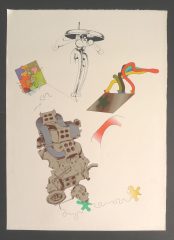 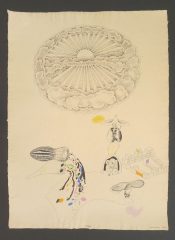 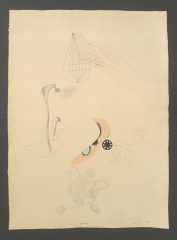 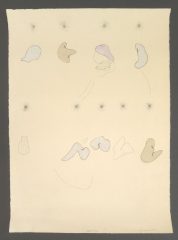 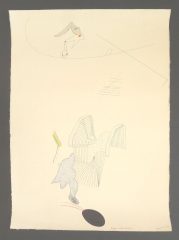 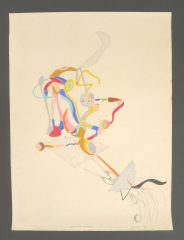 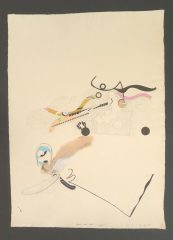 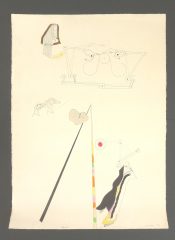 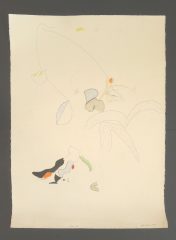