David Gentleman artist, designer, printmaker,  illustrator & author. Born and lived in London his father also an artist, Tom Gentleman. He attended St.Alban’s Art School  1947-8 and 1950. He studied illustration at the Royal College of Art under Edward Bawden and John Nash in 1953-5, then went freelance  He has worked in watercolour, lithography and wood engraving at scales ranging from the platform-length murals for Charing Cross underground station in London to postage stamps and logos. His wood engraved platform-length mural at Charing Cross underground station is well-known to Londoners. His most recent books are In The Country (2014) and London You’re Beautiful (2012). Earlier books include David Gentleman’s Britain and companion books on London, Coastline, Paris, India and Italy. He has published lithographs and screen prints and designed British postage stamps, logos and coins. Solo shows include Mercury Gallery in 1970, a Retrospective at The Fine Art Society in  2004.

His work is represented in Tate Britain, the British Museum, the Victoria and Albert Museum, the Fitzwilliam Museum and private collections. 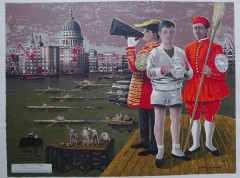 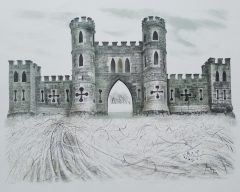 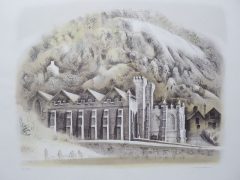 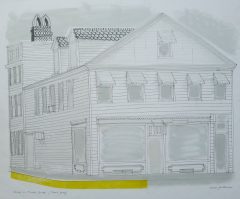 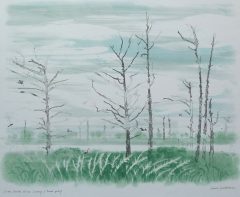