Edward Bawden, painter, illustrator, graphic artist and designer. Born in Baintree, Essex attended Cambridge School of Art at the age of fifteen and continued his studies at the Royal College of Art in London. It was here that he met another student Eric Ravilious, with whom a friendship developed. Their tutor was Paul Nash. After graduating he taught part time at Goldsmiths College of Art from 1928-31, supplementing his income whilst working as an artist. In 1928, Bawden was commissioned by Sir Joseph Duveen at the rate of £1 per day to create a mural for the Refectory at Morley College London with Ravilious and Charles Mahoney. The mural, which was well received, was opened in 1930.By 1930 Bawden was working one day a week for the Curwen press designing posters for London Transport, Westminster bank , Twining’s Tea and Poole Pottery. Bawden began working for Stuart Advertising Agency and produced some of his most humorous and innovative work for Fortnum & Mason and Imperial Airways. Bawden started teaching at the Royal College of Art from 1930. Bawden moved to Essex in the 1930s and was an important member of the Great Barfield Artist Group. It was in 1934 that he had an exhibition of his Essex watercolours at the Zwemmer Gallery and at the Leicester Galleries in 1938. In the Second World War,  Bawden served as official War artist, first with the British army in France, and then following the army’s evacuation, in the Middle East. Bawden painted landscapes and portraits in Libya, Sudan, Cairo, Eritrea and Ethiopia. At the start of 1942, he travelled with fellow artist Anthony Gross to Palestine and Lebanon. His close friend Eric Ravilious, was killed in the 1942. After the Second World War, Bawden continued working as an artist and teaching at the Royal college of Art until 1963. In 1968, Bawden became a tutor at the Royal Academy Schools and Senior Lecturer at Leicester College of Art and Design. His work is highly collected and in many collections. 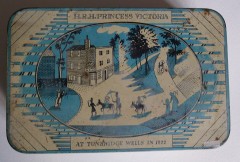