Edna Lumb, painter, draughtsman, printmaker and teacher,  was born in Leeds and attended Leeds College of Art, in 1948. She was awarded a travel scholarship of £50 in 1951. The scholarship took her on an expedition to France and Spain. The experience was to have a lasting influence on the young artist.

Edna gained her National Diploma in Design (NDD) and spent eleven years teaching art in secondary schools, finally making a break as a full-time artist in 1964, buying a van and traveling around Britain and the Continent. She found her own subject in industry, depicting machinery technically meticulously, but tinged with poetry. Her lifelong partner was a successful engineer.

In 1991 a retrospective exhibition of her work was held at Bradford Industrial Museum, the venue of her first ever solo exhibition in 1973, the exhibition then toured to the Science Museum in London.

Her paintings are held in many public and private collections including the London Transport Museum, the Science Museum, London, Manchester City Art Galleries and Bradford Museums and galleries. 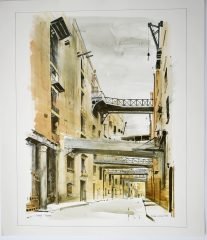 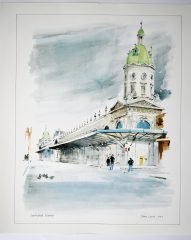 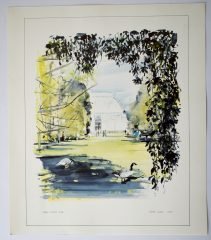 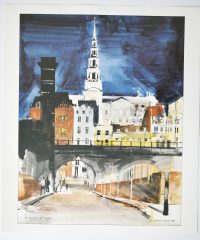 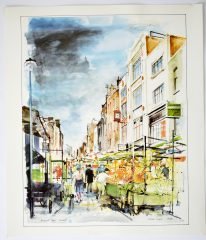 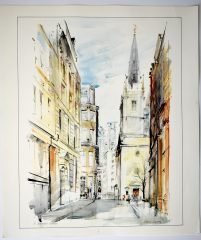 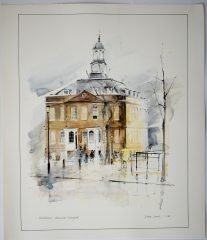 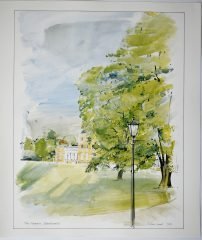 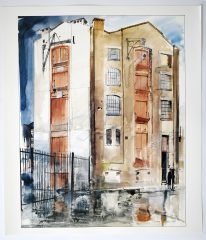 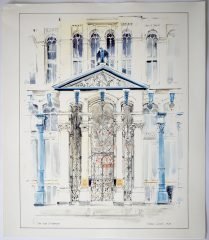 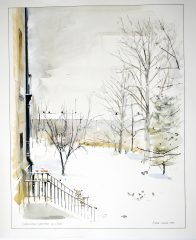 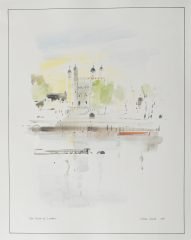 LUMB, Edna
Edna Lumb reproduction of a watercolour titled ‘The Tower of London’
£20.00 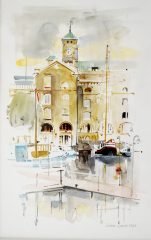 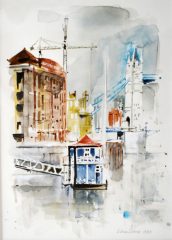 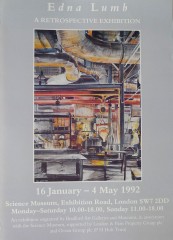