Andre Masson French painter, sculptor, illustrator, designer and writer, born at Balagny (Oise). He spent most of his youth in Brussels, where he worked as pattern-drawer in an embroidery studio and studied part-time at the Académie des Beaux-Arts. Then moved to Paris and studied at theEcole des Beaux-Arts  1912-14.  During the First World War he served in the French Army and was gravely wounded.  He moved and lived 1919-22 in the South of France, then returned to Paris where he met Gris, Derain, and later Miró and Breton.

His first one-man exhibition was at the Galerie Simon, Paris, 1923, exhibiting paintings of forests, card players and still life followed by experiments with automatic drawing.  He participated from 1924-9 in the Surrealist movement and made further works exploring chance effects, including sand paintings, as well as paintings of metamorphoses of animal and human forms, themes of germination, combats and massacres, with emphasis on violence and eroticism.

Between the years 1934-6 he briefly lived in Spain; paintings of bullfights, Spanish myths, etc. During the Second World War,1941-5, he lived in the USA, at New Preston, Connecticut, and made works inspired by the elemental forces of nature. Returned to France in 1945 and settled in 1947 at Aix-en-Provence. Painted landscape themes such as mountains and waterfalls for several years, followed by some almost completely abstract pictures. His works also include sets and costumes for the theatre, book illustrations and a number of small sculptures; has written various books including Mythologie d’André Masson 1971. Lives at Aix. 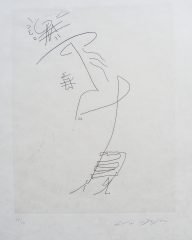 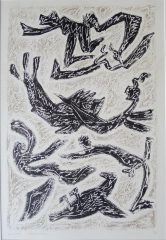 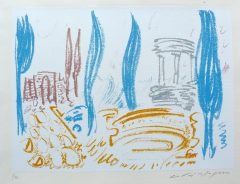