Paul Nash, painter and wood engraver, born in London,the son of a lawyer. Nash was educated at St. Paul’s School and then Slade School of art (unlike his younger brother John, who became an artist without formal training).  Nash’s first one-man exhibition was shown in his final year at Slade, 1912. With a style said to be influenced variously by Cézanne and Blake, Nash’s watercolours were nevertheless highly distinctive. During the First World War Nash enlisted in the Artists’ Rifles in 1914, serving at Ypres on the Western Front. Nash continued to sketch in an unofficial capacity during this time, specialising in scenes of trench life. By 1916 Nash had reached the rank of lieutenant in the Hampshire Regiment.

Invalided home in 1917 as a consequence of a non-military accident, Nash’s artistic skills were put to use with his appointment as an official war artist following an exhibition of worked-up paintings of his earlier war sketches. His stark landscapes of the Western Front created a lasting impression; his paintings continue to be displayed today as representative of the reality of war, although Nash himself complained during the war of the restrictions placed upon his work by the requirements of the War Propaganda Bureau (WPB) managed by Charles Masterman. The primary work of the WPB was to represent the government’s view in the form of pamphlets, articles, books, film – and in paintings. By the close of the war the WPB employed the services of more than 90 artists in this capacity.

From 1928 onwards Nash was increasingly influenced by surrealism and abstract art, a potent combination with his stark landscapes. He also worked as an illustrator and designer. Employed once again as a war artist in 1940 during the Second World War, Nash chose this time to depict the air war. Paul Nash died in Boscombe, Hampshire on 11 July 1946. His collected writings were published posthumously in a single volume in 1949. 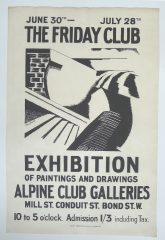 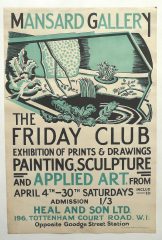 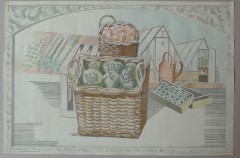