Lucien Pissarro French painter, wood engraver and artist book maker. Born in 1863 in Paris and the eldest son of Camille Pissarro and Julie Vellay.
He first visited England in 1870, when the Pissarro family fled to London during the Franco-Prussian War. In June 1871, they returned to Louveciennes and shortly thereafter moved to Pontoise. As a child, Lucien was in the constant company of his father’s peers – Cézanne, Manet and Monet, in particular. In such surroundings, and nurtured by the constant encouragement, advice and instruction of his father, Lucien began to draw and paint. He became a skilled painter in oils and watercolour, a wood engraver and a lithographer.Lucien returned to England in 1883, a visit marking the beginning of a long association with the country. On his return to France in spring 1884, his activities rapidly expanded to making children’s books, studying the technique of wood engraving and learning the process of printing colour blocks. In 1885, he and Camille met Paul Signac and Georges Seurat, whose influence was apparent in the eighth Impressionist exhibition of 1886, when father and son exhibited their experiments with the Divisionist technique.

In 1890, Lucien moved to England permanently. He married Esther Bensusan in 1892 and in 1894, founded the Eragny Press in Hammersmith, which published limited editions of beautifully illustrated books. Several titles were published between 1894 and 1914, the first being Queen of the Fishes.

Lucien’s work is fascinating for its combination of French and English artistic traditions. As the son of Camille and a firsthand witness of the Impressionist movement, Lucien played a vital role in championing Impressionism in England. He was a founding member of the Camden Town Group (withdrawing when it was absorbed by the London Group), an exhibiting society of artists, the name of which has become synonymous with a distinctive style of painting and period in British art history before the First World War.

In 1916, Lucien became a naturalised British subject. From 1913-19, he recorded the English landscape of Dorset, Westmorland, Devon, Essex, Surrey and Sussex, without theatrical or romantic overtones. He made his first of many prolonged visits to the South of France in 1922. These visits, interspersed with seasons in Derbyshire, South Wales and Essex, continued until 1937. To the end, landscape remained his chosen means of expression; only rarely did he produce still-lifes, and the handful of portraits he painted were all of his family.

Of all of Camille’s seven children, Lucien was perhaps closest to his father. After his first visit to England, Camille initiated a long and almost daily correspondence with his son, and these letters constitute an important document in the history of Impressionism.

(Details from the Stern Pissarro Gallery) 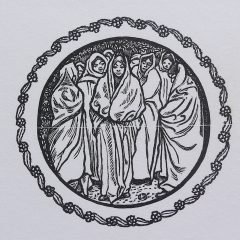 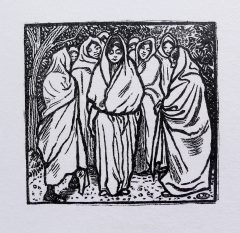 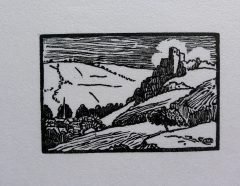 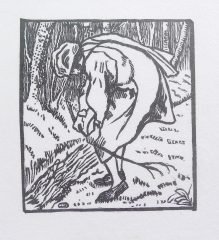 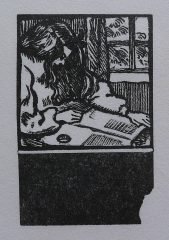 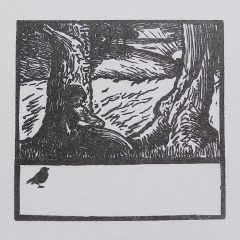 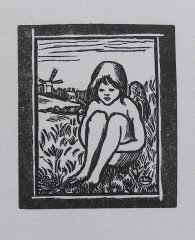 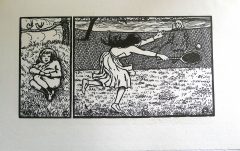 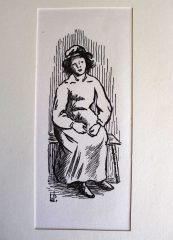 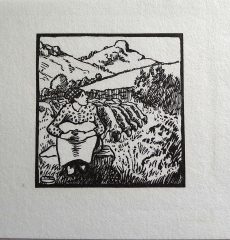 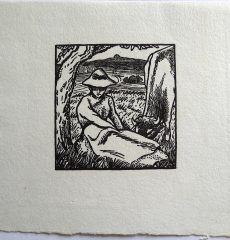