Michael Neville Seward Snow, professional artist and writer, was born in Manchester 1930 and educated at Lawrence Sheriff School, Rugby. He settled in Cornwall, 1951-1980, and was elected to The Penwith Society of Arts in St Ives in 1953 and became the Society Secretary 1954-56 becoming closely associated with Ben Nicholson, Terry Frost, Denis Mitchell and Roberts Adams, who were also members. In 1957, he was the Co-founder of The Peterloo Group in Manchester. In 1960, he co-founded The Manchester Institute of Contemporary Arts and became a member of the Society of Industrial Artists and Designers.

He began teaching at Exeter College of Art and Design in 1965, a job he held until 1985 when he retired. Snow exhibited widely and held one-man shows in The Rowan Gallery, London, in Manchester and St Ives. 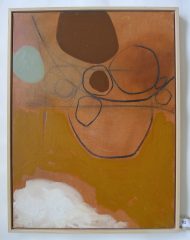 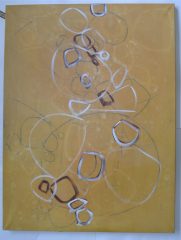