Francis Newton Souza was a Goan artist. He was a founding member of the Progressive Artists’ Group of Bombay, and was the first post-independence Indian artist to achieve high recognition in the West. Souza’s style exhibited both low-life and high energy.

In 1929, after he had moved to Mumbai with his family, he survived an attack of smallpox which left him scarred for life.  He attended college in Bombay, and later studied at Sir J.J. School of Art in Bombay but later expelled for supporting the ‘Quit India Movement’ and joined the communist party in 1947.

It was in 1947 he was a founding member of the ‘Bombay Progressive Artists Group’ which encouraged India artists to participate in international avant-garde art. Consequently he had a show in London at Burlington House and moved to London in 1949. He worked as a journalist to support himself. It was after a show at the ‘Institute of Contemporary Arts’ in 1954 and an article he wrote, autobiographical essay Nirvana of a Maggot in an ‘Encounter Magazine’ in 1955, that his career as an artist took off. Vic tor Musgroave gave him a show at Gallery One which sold out.

Souza’s career developed steadily, and he participated in several shows, receiving positive reviews from .In 1959 Souza published Words and Lines. From 1967 he settled in New York City returning to India before his death. 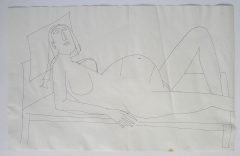 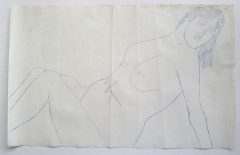 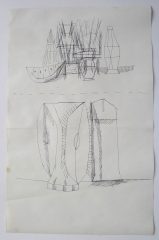 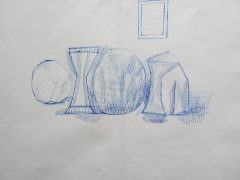 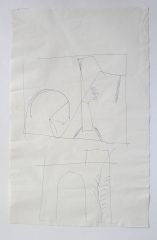