A painter and administrator, born in Fife, Scotland. He studied at Edinburgh College of Art 1932-7 and Edinburgh Fine Art classes 1936-7; his teachers included William Gillies and John Maxwell. After college he studied under Leger in Paris. In 1937 he  traveled to Italy and the Balkans area on the strength of his scholarship. After war service in the army, Gear worked in Paris until 1950 but spent the summer of 1948 painting at St. Ives. He was one of the first in Britain after the Second World War to move into pure abstraction, his style owing much to French influence. He won a prize in the ’60 Paintings for 51’ exhibition, timed to coincide with the Festival of Great Britain. In 1958 he became curator of the Towner Art Gallery, Eastbourne and in 1964-75 he was Head of the Fine Art department at Birmingham College of Art. He was guest lecturer at the National Gallery of Victoria and Melbourne University of Western Australia, Perth in 1966. He was elected fellow of the Royal Society of Arts in 1970. He received numerous prizes and awards and in 1975 he won the Lorne fellowship, he retired in the same year. By then Gear had built up an impressive international exhibition record as a painter of abstract compositions who made a significant contribution through his association with the Cobra Group in the post war years. The solo exhibitions include Redfern Gallery, London 1997, 2004 and Aberdeen Art Gallery 1997-98. The Tate Gallery and many provincial and foreign art collections hold Gear’s work. He lived in Birmingham before he died.

The provenance of these drawings and paintings by William Gear listed on the web site were purchased at a Bonham’s sale on 28th June, 2000, lots 132 and 134. ‘The following lots dated from the mid to late 1930’s when Gear took his traveling scholarship in Italy, Greece the Balkans and Paris where he studied at the Acadamie Colarossi under Leger. This body of work culminated in one of the first Surrealist Exhibitions to be held in Britain under the banner of the ‘New Era Group’. The exhibition as held at the Gladstone’s Land Galleries, Royal Mile, Edinburgh in 1939 and also included the artists Hugh Crawford, Joseph Forrester, Tom Pow and Rendall Wells. The collection highlights the turning point in this decade of Gears career as he moved from figurative towards total abstraction. The collection is from the estate of Rendall Wells. 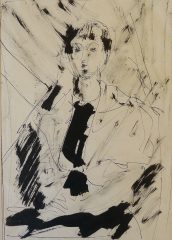 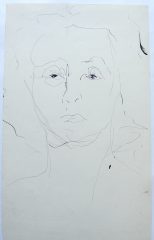 GEAR, William
William Gear drawing of a Woman Resting her Chin on her Hand
£475.00 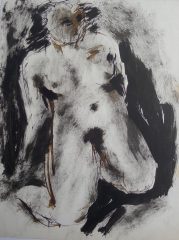 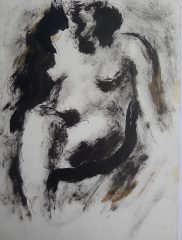 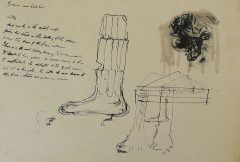 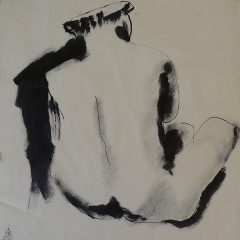 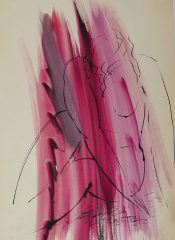 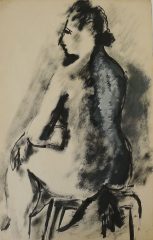 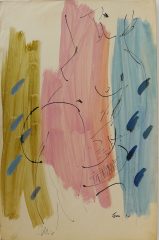 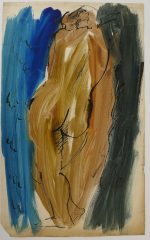 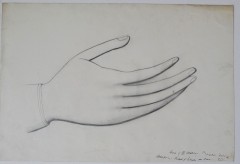 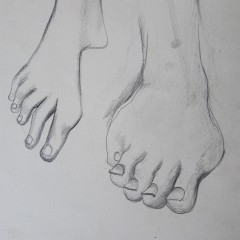 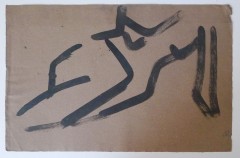 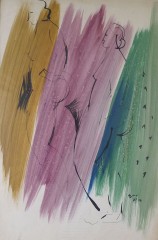 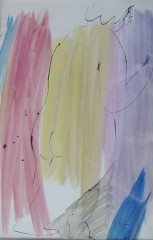 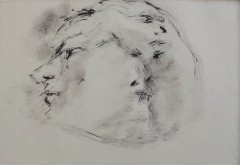 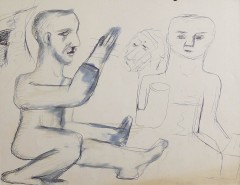 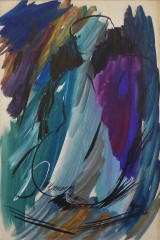