4to. Stapled booklet and six loose postcards in card folder. Text by the artist, colour plates, b/w drawings, documentation. Covers rubbed, short tear at head of spine, contents a little thumbed. From the library of the critic and writer Guy Brett, with a presentation inscription to him from Otero dated 10.6.82. With a series of 4 ink drawings by Otero of designs for solar sculptures, with a further inscription, all on the reverse of the upper cover. Guy Brett is critic, curator and lecturer on art. He worked as Art Critic for The Times from 1964-74, and was also a founding member of Signals Gallery, which held a series of exhibitions between 1964-66 showing the works of artists such as Jesus Raphael Soto, Sergio Camargo, Lygia Clarke and Hélio Oiticica. He later played a fundamental role in facilitating Oiticaca’s major London exhibiton, “The Whitechapel Experiement”, held at the Whitechapel Gallery in 1969.He has cuurated a number of influential exhibitons including “Motion”, an international show of kinetic art for the Arts Council of Great Britain (1966), “Li Yuan-chia: Tell Me What Is Not Yet Said” Camden Arts Centre, London (2001), “Mindfields: Boris Gerrets” Kiasma, Helsinki (2002), and “Force Fields: Phases of the Kinetic” MACBA in Barcelona and Hayward Gallery in London (2001).He is the author of many books including “Kinetic Art, the Language of Movement” (1968), “Through Our Own Eyes: Popular Art and Modern History” (1987), “Transcontinental: Nine Latin American Artists” (1990), “Brasil Experimental: Arte/Vida Proposicoes e Paradoxos” , and has published numerous monographic essays on artists such as Lygia Clarke, Eugenio Dittborn, Victor Grippo, Mona Hatoum, Susan Hiller, David Medalla, Hélio Oiticica, Lygia Pape and Aubrey Williams. He was also the Visual Arts Editor for the London weekly City Limits (1981-83).His most recent publications include “Carnival of Perception: Selected Writings on Art” (inIVA, 2004) a collection of essays from 1976-2002, “Oiticica in London” co-edited with Luciano Figueiredo and released to coincide with the “Oitica: the Body of Color” exhibiton at Tate Modern (Tate, 2007). He co-curated the Cildo Meireles retrospective at Tate Modern (2008-9), also editing the accompanying catalogue. He is currently a Visiting Professor at Camberwell College of the Arts. 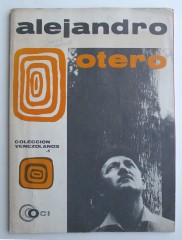