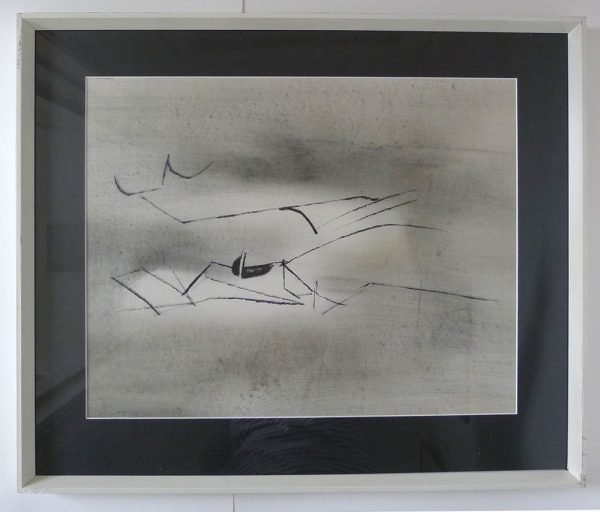 Drawn in charcoal and crayon on paper, it is framed in its original contemporary painted wooden frame. The frame is signed on the verso and has the address Alexander Mackenzie, Meadow Studio, Newlyn, Penzance. The piece is titled ‘Postbridge’ and dated 1960. Un-examined out of frame, but there is some light spotting/foxing, else very good.

On the reverse of the frame is the original/contemporary label of Mr. F.R.S. Murray, who was the brother of William Staite Murray and a major collector of Saint Ives and other British Modernists, notably Ben Nicholson. 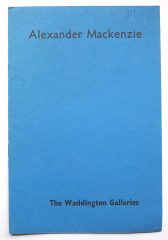