Allen Jones relief sculpture made in 1970. Vacuum formed and cast in plastic/ acrylic. On verso it is  signed in ink by Jones, with the  ‘Xart Collection Edition Strictly Limited to 2000’  label. The white base element has been restored in parts down the right side of the sculpture, but mainly in the lower right corner; the surface has discoloured where a white paint has been applied, else good. Please look at images carefully and more can be sent on request.

Although the number edition is stated as 2000 copies, due to them not turning up at auction frequently and knowing that the company was dissolved soon afterwards, we suspect that only a few were ever made. Some of them are numbered with an edition size of 200. The highest we have found was numbered 135/2000, so possibly even less than 200 were made. Therefore scarce.

The xartcollection was created in 1968 in Zurich, Switzerland by Sandro Bocola and three partners: Heinz Bütler, Rolf Fehlbaum and Erwin Meierhofer.

Xartcollection’s concept was to industrially produce three-dimensional “Multiples” in limited and signed editions. The company’s philosophy was to make Contemporary Art available to a large public and its “Multiples” where sold worldwide in art galleries, design- and furniture stores namely at “Wohnbedarf”  in Switzerland.

Internationally renowned artists such as Max Bill, Richard Hamilton, Allen Jones, Joe Tilson, Peter Philips, Getulio Alviani among others others participated in this project. Most of xartcollection’s “Multiples” were produced by the firm of Reif, Relo-Kunststoffe in Lörrach, Germany. In 1971 xartcollection also created “Xart Walls” which industrially produced wall papers designed by known artists such as Jean Tinuely, Niki de Saint Phalle.  The “Xart Walls” where manufactured by the firm “Marburg Wallcoverings” in Kirchain,  Germany.

Despite its international reputation the company went bankrupt and was dissolved in 1973. 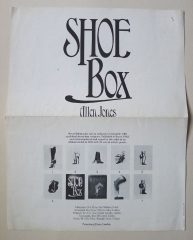 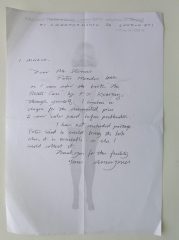 JONES, Allen
An A.L.S. circa 1990 to Mr (Eric) Stevens concerning the purchase of a publication published by Eric Stevens.
£95.00 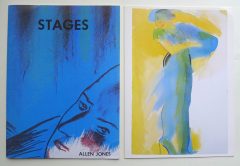 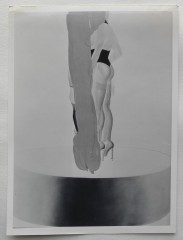 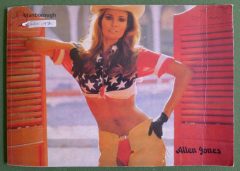 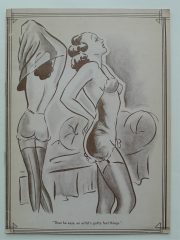