Anthony Gross watercolour signed and dated 1942. Painted on wove paper, the paper has slightly ruckled and discoloured with age. On the verso there are remnants of glue residue along the margins, else very good.

‘The Chins are essentially hunters and in the Headsman House, the council chamber is decorated with hundreds of skulls of the various animals they have killed. All the decisions of the village elders and chiefs of families assemble here. They are drinking Zu, a beverage made out millet sucked through bamboo sticks.’

In 1943, Gross was sent to India and then on to Burma, travelling up river by sampan to the British front lines in the Arakan region and producing his Battle of Arakan series. He depicted several scenes of British and Indian troops close to Japanese positions at Dombaik and personally experienced air attack by a Japanese fighter. After painting local tribesmen in the Chin Hills for a Chins at War series, Gross was recalled to Tunis and then back to Europe. On his arrival in London he held a one man show at the National Gallery entitled: India in Action. 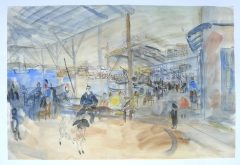 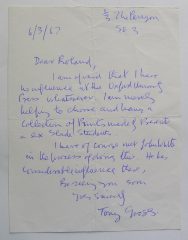 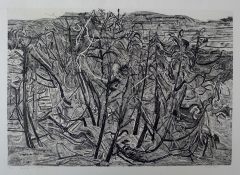 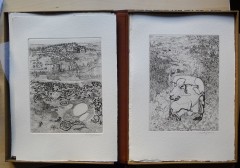 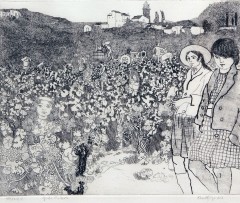 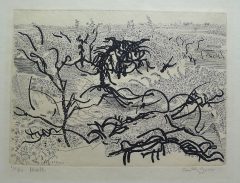