4to. Original cloth-backed boards, d/w. 44 pp, 87 colour and b/w plates, 14 illustrations in text, Documentation. D/w rubbed and frayed, with old tape repairs to corners. From the library of Munroe Wheeler, with a fine presentation inscription to him from Marini dated 25-2-1949. Mounted on the front-endpaper is a folding slip with a further inscription, signed, by Marini. Text paper browned and acidic, this heavier to end-papers.

Monroe Wheeler (1899-1988) was born in Evanston, Illinois. In the 1920s, before his long and active career at the Museum, Wheeler worked and lived in France, co-founding the publishing firm Harrison of Paris. Wheeler credits this period of his life as his introduction to the artist communities he would continue to associate with for the remainder of his career. This period also strengthened his skills and knowledge of producing and printing high-quality publications, which foreshadowed his long career as a publisher of fine books on art at the Museum. He began his work with the Museum in 1935 as a member of the Library Committee and director of Ignatz Wiemeler, Modern Bookbinder [MoMA Exh. #42b, September 30-October 24, 1935]. In 1938 he was appointed Director of Membership, and by 1939, he became the Director of Publications. In 1940, he became the first Director of Exhibitions. Wheeler was elected a Trustee of the Museum in 1944, and afterwards he became a member of the Executive Committee, the Exhibitions Program Committee, and the Coordination Committee. In 1948, Wheeler continued to run the Exhibitions and Publications department while overseeing the management of all of the Museum’s operating outreach programs, including education, traveling (or circulating) exhibitions, and the library.

During the period between 1940-1967, Wheeler managed much of the logistics of the circulating exhibitions program and developed a strong publications program. Aside from his management of Museum programs, Wheeler is well known for directing museum exhibitions such as Modern Painters and Sculptors as Illustrators [MoMA Exh. #47, April 27-September 2, 1936] and Turner: Imagination and Reality [MoMA Exh. #794, March 23-June 19, 1966]. Under his direction the Museum produced over 300 books, both monographs and exhibition catalogues, which were distributed internationally, and in the process won acclaim for the high quality of visual art books with regard to scholarship, layout, design, and color reproductions. Wheeler authored many of the works published by the Museum, including monographs about Soutine and Rouault, which complimented museum exhibitions on the artists.

As a staff member of the Museum and as a trusted source of knowledge about art, Wheeler maintained a very visible profile within the greater national and international museum and art community. During World War II, he served as Chairman of the Committee on Publications for the Office of Inter-American Affairs under Nelson A. Rockefeller. In 1969, he accompanied NAR on an official U.S. appointed tour of Latin America as a Cultural Advisor. As a part of the International Program and under the auspices of the International Council, in 1965 Wheeler directed Cézanne to Miró [ICE-F-111].

Wheeler was appointed an Honorary Trustee of the Museum in 1965 and a Counsellor to the Trustees upon his retirement from the Museum in 1967. He continued to maintain ties to the Museum by working with the International Council and participating in a number of committees, including Prints and Illustrated Books, Photography, Drawings and Exhibitions. Affiliations outside of the Museum include serving as a Trustee and First Vice President of the New York Genealogical and Biographical Society, a Trustee of the Katherine Anne Porter Foundation, a Trustee of the Ben Shahn Foundation, a member of the Council of the Grolier Club, and President of the International Graphic Arts Society. He played an active role in the American Institute of Graphic Arts as well. Monroe Wheeler died in 1988 in New York City. 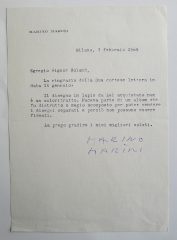 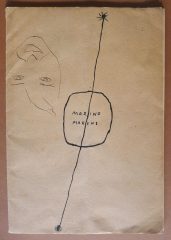