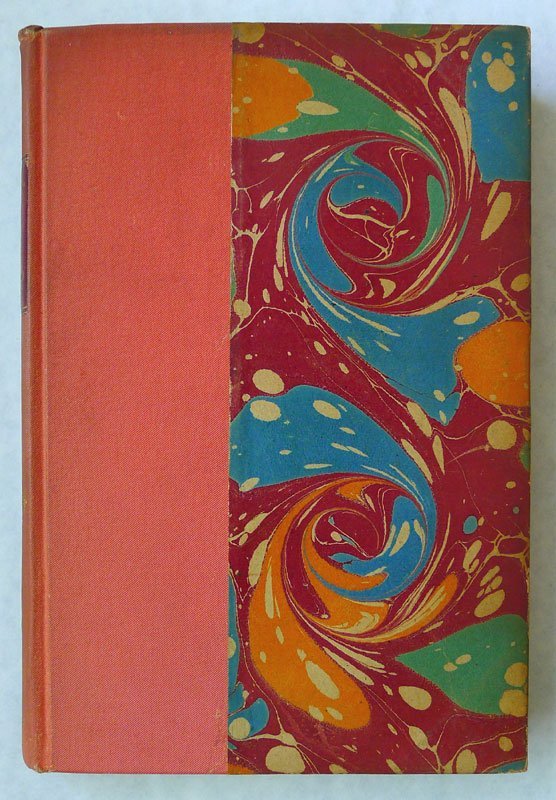 From the library of Stephanos Carathèodory with his engraved bookplate and his gilt monogram on the spine. Stephanos Carathéodory, was an Ottoman Greek who had studied law in Berlin and then served as secretary in the Ottoman embassies in Berlin, Stockholm and Vienna. Stephanos had married Despina Petrocochino, who came from a Greek family of businessmen who had settled in Marseille. At the time of his son Constantin’s birth, the family were in Berlin since Stephanos had been appointed there two years earlier as First Secretary to the Ottoman Legation.. The Carathéodory family, originally from Bosnochori or Vyssa, was well established and respected in Constantinople, and its members held many important government positions. Stephanos Carathèodory was the father of Constantin Carathéodory (or Constantine Karatheodori) (13 September 1873 – 2 February 1950) was a Greek mathematician. He made significant contributions to the theory of functions of a real variable, the calculus of variations, and measure theory. His work also includes important results in conformal representations and in the theory of boundary correspondence. In 1909, Carathéodory pioneered the Axiomatic Formulation of Thermodynamics along a purely geometrical approach. Known correspondence of Carathéodory-Einstein can be seen as facsimile in Einstein Archives Online (11 items). Three letters concern mathematics and these are printed in vol.8 of Einstein’s Collected Works (Princeton Univ. Press. Elena Văcărescu or Hélène Vacaresco (September 21, 1864, Bucharest – February 17, 1947, Paris) was a Romanian-French aristocrat writer, twice a laureate of the Académie française. This was her first book and it is now very rare.