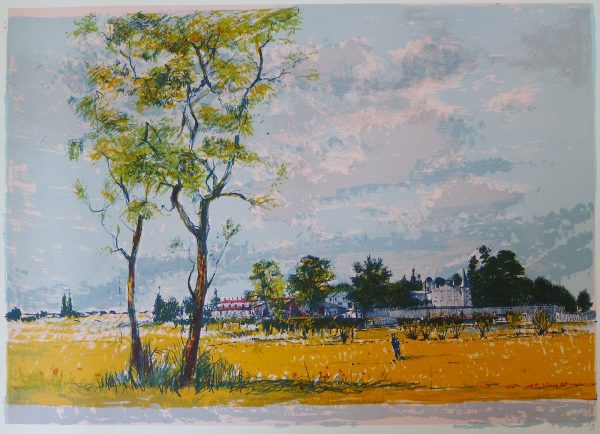 Charles Mozley lithograph printed in colour on ‘BK Rives France’ wove paper. The sheet is in good clean condition but with some ink spots along the left side in the margin. The ink spots are from the printing of the image, not from the print being abused, see images.

The lithograph originally formed as part of  a set titled ‘The Chateaux of Bordeaux’. The set consisted of twenty-one lithographs, all hand printed, published in 1975 by Christie’s Wine Publications in association with Hedges & Butler. There was an edition of 50 copies which were ‘ numbered and a De luxe bound edition; a solander box edition limited to one hundred and fifty numbered sets. The total published were 200. 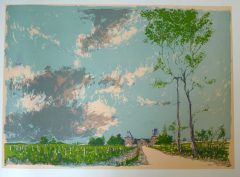 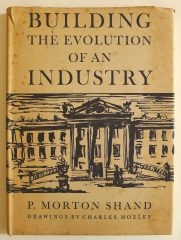 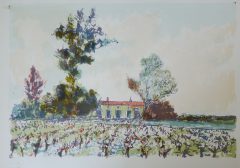