Colin Pearson mammoth winged pot. This pot, due to its size, has been thrown in two sections using very heavily grogged clay. The piece has then been cut to form a elliptical shape and the wings hand built and attached. The glaze has been applied by using large brushes using a variety of matt and shiny glazes. A museum piece which shows his mastery in throwing, and grogged clay isn’t the most comfortable clay to throw with. 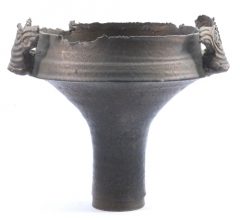 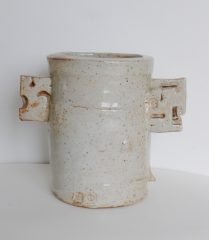