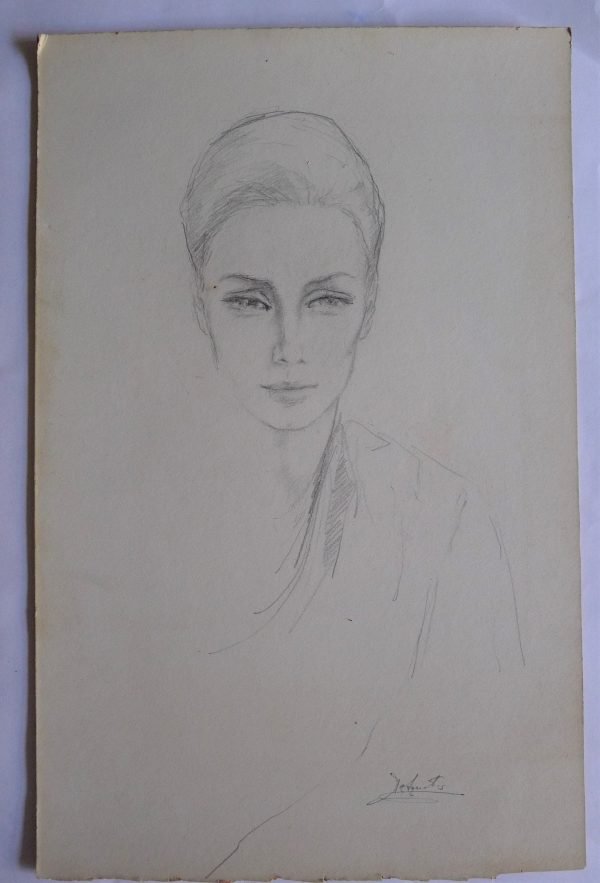 ‘Mrs J.R.M.Rocke’. Original pencil drawing. 520x330mm. On Windsor and Newton ‘fashion Plate Board’. Circa 1961. Signed by the artist in pencil lower right. Lightly browned.Unevenly trimmed at lower edge. Circa 1961. Mr. J. R. M. Rocke has been appointed chairman of the Economic Development Committees for food processing and for chocolate and sugar confectionery, the National Economic Development Office announced yester- day. He is vice-chairman of Booker Brothers and McConnell, the Commonwealth merchants and sugar producers, and he is chairman of the British National Export Council’s Caribbean Committee. Mr. Rocke was a major in the Grenadier Guards during the war.