Derek Boshier drawing in charcoal and chalks drawn on paper. Not dated but circa 1963.  Presently framed, not examined out of frame, however it appears to be in good condition. Framed in a plain black frame.

‘In the autumn of 1962 Boshier went to India on a one-year scholarship, producing paintings based on Indian symbolism (accidentally destr.). Returning to England he adopted a hard edged  geometric style, often using shaped canvas abandoning overt figuration but continuing to allude through form to architectural structures and to the grid plans of cities.’   Tate Gallery

Instead of riding the media wave to Swinging Sixties celebrity—as any Pop artist worth his soup would do—Boshier capitalized on his big break by disappearing to India for a year. Was he on some proto-hippie mystical quest or merely looking for more colorful package design to appropriate? “No, I just wanted to travel,” he replies in his art world–burnished but still distinctly working-class accent. “I was finished with college and didn’t know what to do next, and I saw a poster advertising government scholarships to go overseas, to India or Canada. I’ve always loved to travel; I’d already been to Spain and Morocco. So I applied and got it.” by Doug Harvey 2013 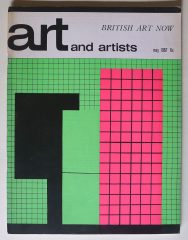 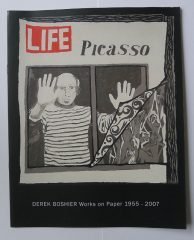