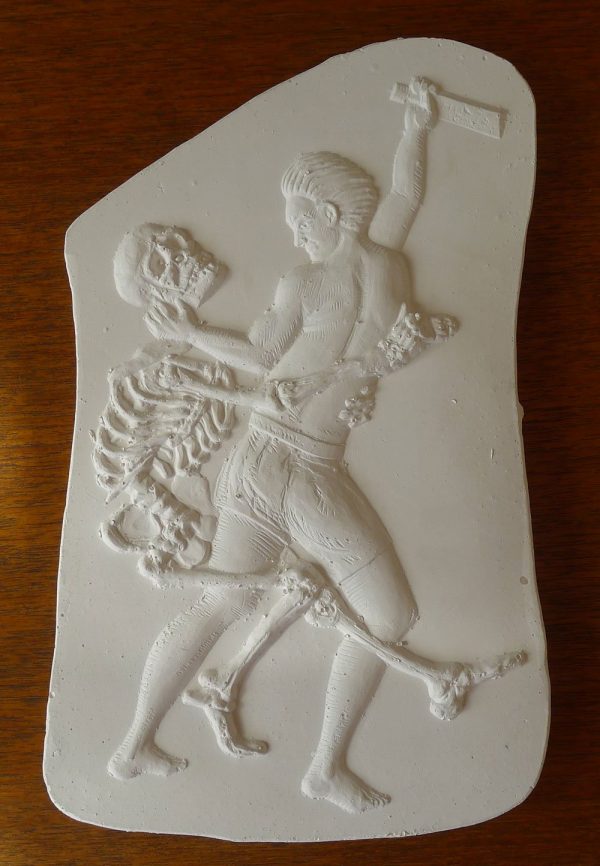 A relief sculpture in plaster showing a man fighting off Death. The design is an adaption of a nineteenth century American advertisement for ‘Hunt’s Remedy’ which was a’Tonic or Cure All‘. Otherwise known as ‘Hunt’s Remedy, the life saving medicine, never known to fail’. However in the sculpture the figures are reversed showing the man from behind. Signed on verso. In excellent condition.

From the collection of art historian and critic Frank Whitford,who died in January 2014. Frank Whitford curated the 1971 Tate Gallery retrospective of Eduardo Paolozzi. He was also a professional cartoonist and his humorous drawings were good enough for him to be engaged by the Sunday Mirror and then the London Evening Standard as their pocket cartoonist in the mid-1960s. 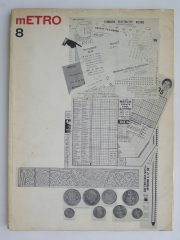 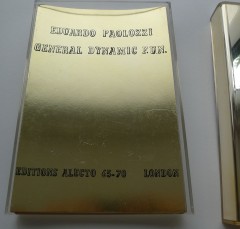 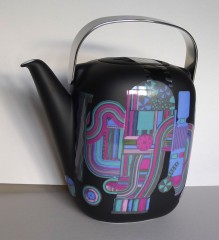 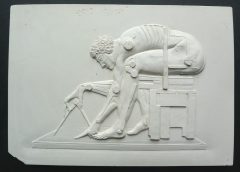 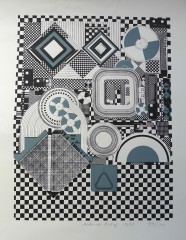 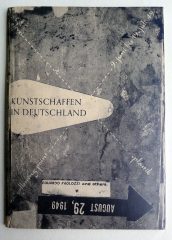