An etching which was made as an Ex-Libris Book Plate for his wife Mary Gill T.O.S.D. The etching is printed on thick handmade wove paper therefore a 1926 early rare edition. The sheet is a little dusty else in good condition.Unsigned.

Reference: Physic 371 (93)  Physic states that the proofs were  made in 1926. The plate was subsequently used for an illustration as plate 86 of Engravings by Eric Gill with a preface by the artist, printed by the Fanfare Press, London, published by Douglas Cleverdon, Bristol, 1929.

In 1904, he married Ethel Hester Moore (later called Mary). When he was 31, he became a Roman Catholic, obliging his wife to follow suit and change her name to Mary. T.O.S.D stands for Third Order of Saint Dominic (Catholicism) 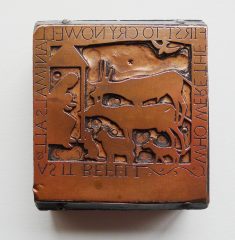 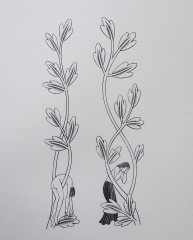 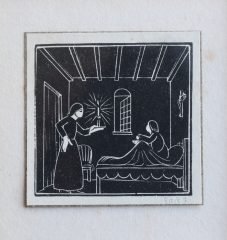 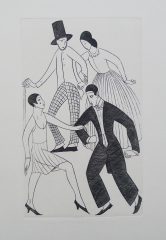 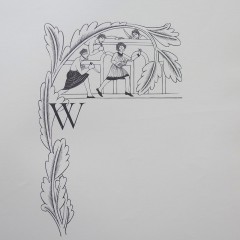 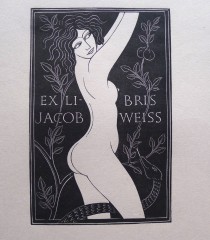