Etching by F.L.Griggs made in 1917. Sixth state of six, and therefore one of 38 impressions. Signed in pencil by the artist in lower right,  with ‘Trial proof’ written in the artists hand to the lower left corner.  A fine rich impression printed in black ink on laid paper. Bearing the Dover’s House Press stamp in lower margin. The sheet has some light foxing in margins and on verso, else good.

Reference: Comstock 18.  ‘The plate was finished some years after it was begun, like Maur’s Farm and some others, and the changes as between the earlier and later states were somehtingof the same kind as as in the case of that plate. The completion of the foreground and its many additions….’  ‘In the last two states, the softened radiance of an exceedingly beautiful sky, intensify alike the spirit of locality and dream-like remoteness which characterize the scene.’ Francis Comstock 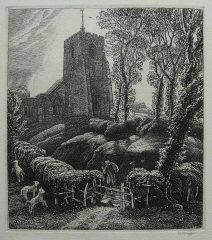 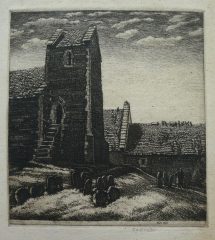 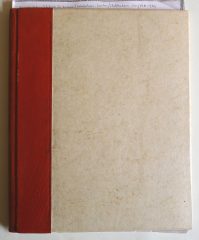 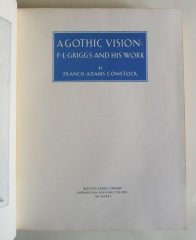 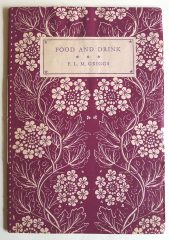 GRIGGS, F.L.
Food and Drink, A Paper Read Before the Campden Branch of the Women’s Institute on April 12th 1938.
SOLD 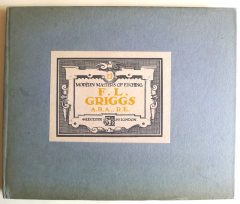