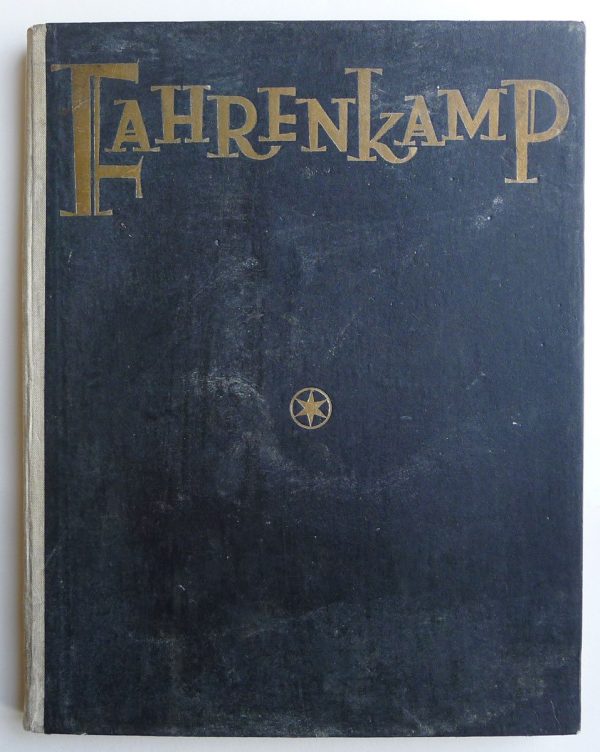 4to. 285x232mm. Original cloth-backed gilt-lettered boards. 74 pages of monochrome illustrations, including plans, drawings, interiors furniture etc. Covers a little worn and marked. With a presentation inscription from Fahrenkamp dated 24.12.1925. Emil Fahrenkamp (November 8, 1885 – May 24, 1966) was a German architect and professor, one of the most prominent architects of the interwar period, best known for his 1930 Shell-Haus in Berlin.

Fahrenkamp was born in Aachen and came to Düsseldorf to work in the office of Wilhelm Kreis from 1909 to 1912. He became assistant, then professor at the Düsseldorf Academy of Art. His work in the 1920s and early 1930s can be seen as an integration of progressive Neues Bauen (simplified forms, flat roofs, repeated window patterns) with features of traditional styles.

During the war, Fahrenkamp accepted commissions from the Nazis, although he considered himself apolitical. After the war he remained active as an architect but withdrew from public life.