Sm.4to. 4to. 26.5 by 18.5 cm. Unpaginated, about 50 pages. With yellow wraps designed by Duchamp, on the front, a photo of a moonscape-like yellow and black wall, on the back, a Swiss-cheese-like surface, the upper cover has five die-cut holes. The exhibition was organised by André Breton and “his twine” Marcel Duchamp (Rudi Blesh notes that in French slang, ficelle means both “twine” and “chum” or “buddy”); it was held in New York between 14 October and 7 November 1942. It included paintings and sculptures by more than 30 artists, and featured Duchamp’s famous “mile of string” installation, festooning the venue, the Whitelaw Reid Mansion, with a tangled web of twine. The title of the exhibition derived from the application for American citizenship – immigrants had to file a declaration of intention, also called first papers, in which they renounced allegiance to foreign governments. Illustrations of work by Buñuel, Yves Tanguy, Duchamp, Chagall, Picasso, Ernst, de Chirico, André Masson, Leonora Carrington, Mirò, et al. with some alongside antecedents, with amusing ‘ compensation portraits’ of some artists supplied by Duchamp and various literary quotations scattered through. From the library of the English Surrealist and bibliophile John Lyle, with his book-plate.

David Hopkins (see “Tate Papers no. 22”, http://www.tate.org.uk/research/publications/tate-papers/22) describes the exhibition’s opening thus: …wealthy art patrons and members of New York’s cultural elite milled around, attempting to make what they could of the strange web or net in which they were caught, peering through it to look at the paintings, while a number of children wove in and out of the guests, eventually carving out a space for themselves in the central area of the exhibition. From all accounts the group of children, led by the eleven-year-old Carroll Janis (son of the art collector Sidney Janis), consisted of six boys dressed in baseball, basketball and football attire, who threw balls among themselves, and six girls who played skipping games, jacks and hopscotch. They were under strict orders from Duchamp to carry on playing throughout the event, and to explain, if questioned, that they were playing on Duchamp’s instructions. Duchamp, incidentally, was nowhere to be seen. As was his custom he had decided not to attend the opening.Much like Duchamp’s own contribution to the show — his famous “Mile of String” 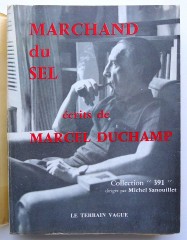 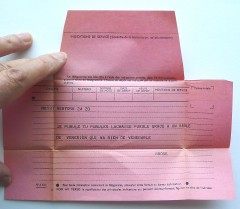 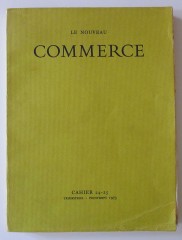 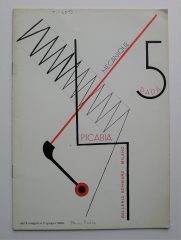 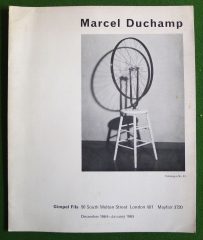 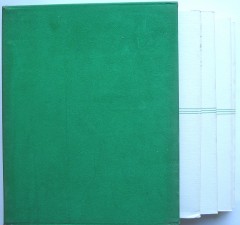