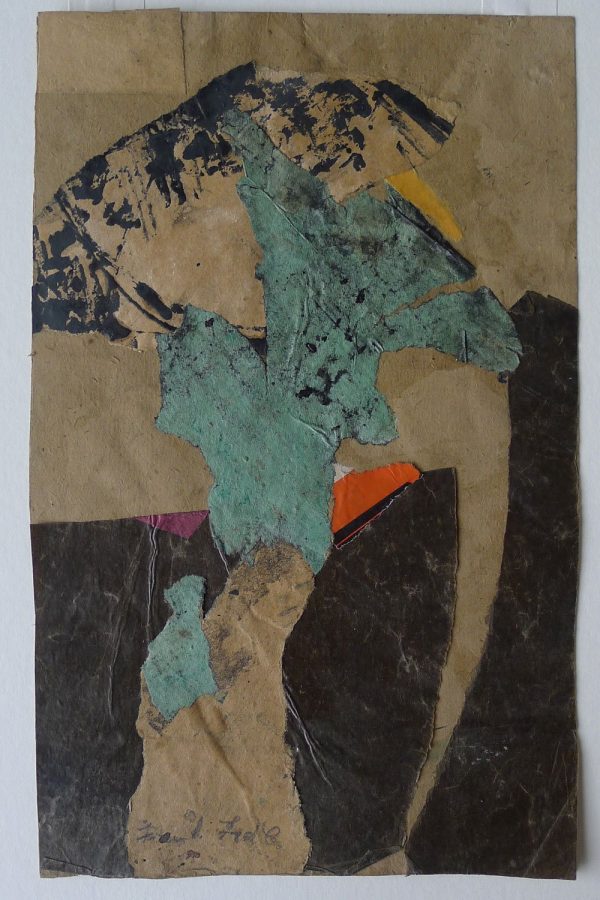 The collage is on heavy buff paper and is made from torn pieces of paintings glued onto the paper. It is signed in lower margin and has been unevenly trimmed by the artist with pin-hole in upper right. On the verso there is a drawing of female head. Not dated but made circa  1960. 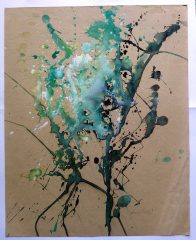 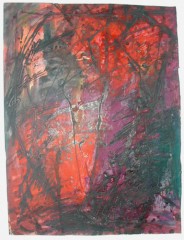