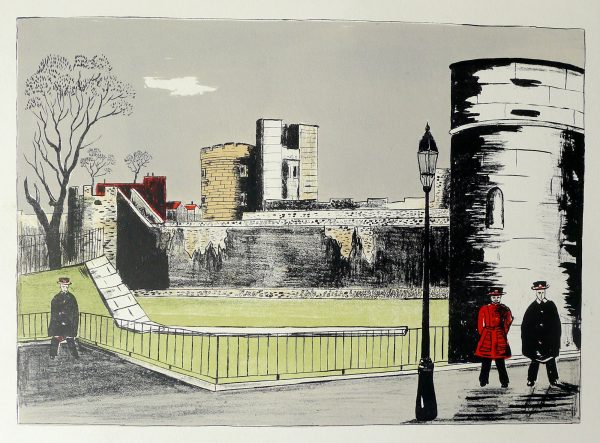 Fred Uhlman a printers proof lithograph, UNSIGNED, printed for the Coronation Suite, published by the Royal College of Art, London in 1953. The sheet has the printers registration crosses on all four margins, surface is a little dusty with some light marks in margins, outside the image, else very good.

Rare. There are signed copies but they were never numbered and therefore the edition size is not known but small.

‘Edwin la Dell (1914-1970) became lithography tutor at the College in 1948 and later the department Professor from 1955 until his death in 1970. He oversaw the production of several print portfolios during his time as both Tutor and Professor, most notably ‘The Coronation Suite’ in 1953 and the ‘Wapping to Windsor’ series in 1957-8. The department then produced a third collection, the ‘Shakespeare’ series in 1964 to commemorate the anniversary of the playwright’s birth. All were lithographic projects reflective of the mass-market appeal for illustrative fine art prints at a relatively inexpensive price.’ 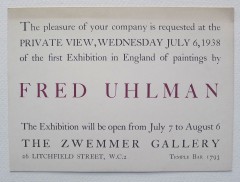 UHLMAN, Fred
The honour of your company is requested at the Private View, Wednesday July 6, 1938 of the first Exhibition in Engand of Paintings by Fred Uhlman.
SOLD