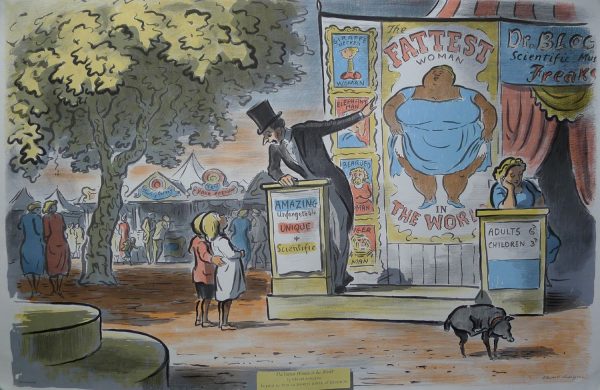 Guinness lithograph ‘The Fattest Woman in the World’ by Edward Ardizzone

This lithograph published by Guiness in 1956, formed part of the first series of posters that they made to celebrate the publication the first book titled ‘Guinness World Records’. Printed by the Curwen Press in lithography, it was one of six in the first series. The sheet has a small piece missing in lower left margin and a very light crease to lower right corner, else very good.

This formed part of the First Series which was published in 1956. Nicholas Ardizzone wrote in his book on Edward Ardizzone  that ‘ The scene is a funfair, possibly that at Battersea Park.In the background left are seen many stalls and people visiting them, before which is an oak tree in midground’. 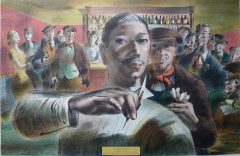 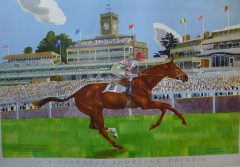