Harold  Cohen signed screen print is a portrait of Richard Hamilton, printed in green and yellow. Made in 1967, it is number 16 of 40 copies, printed by Chris Prater at Kelpra Studios, London 1967. Printed on thick wove paper with the imprint of the Kelpra Studio on verso.A small crease in top margin, see photo, otherwise in very good condition, with narrow margins as published.

This is one from the set of eight prints that Harold Cohen made of his friend and teacher, Richard Hamilton, who Cohen met whilst at the Royal College of Art.The screen print titled ‘Richard H’,printed in silver ink, was printed in a numbered edition of 50 copies. The other prints from the series appear to have been of a smaller numbered edition size of 40. Printed by Chris Prater at Kelpra Studios, London 1967.  The set is in the Tate Gallery Collection 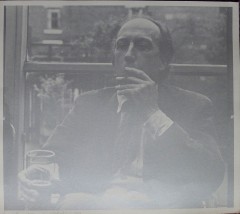 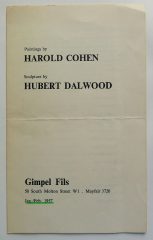 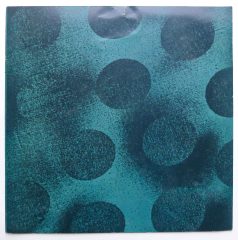 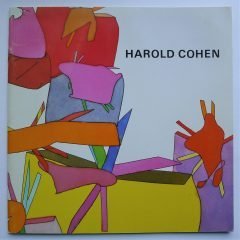 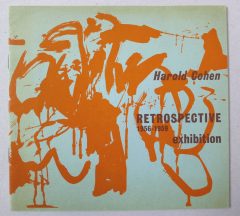