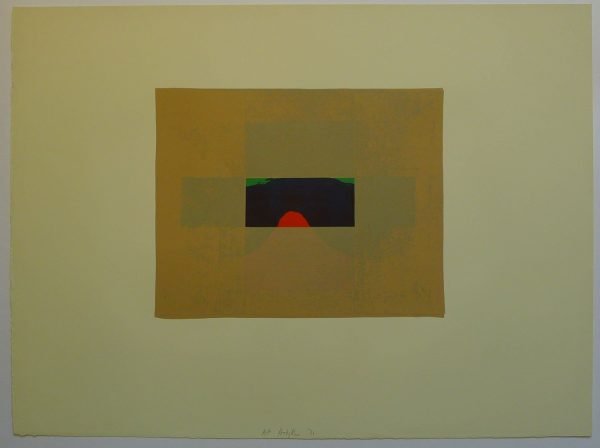 Howard Hodgkin screenprint printed in colour on J Green paper. Signed in pencil in the lower centre margin  with an ‘AP’,  artists proof, by the artist. Printed at the Kelpra Studio and published by Leslie Waddington Prints in 1971.

Reference: Henk 15.  Heenk states that the edition size was 75 copies with an unrecorded number of artist’s proofs and trial proofs. Printed by Chris Prator & Christopher Betambeau at Kelpra Studio, London the series of twelve screenprints were published in 1971 by Waddington.

‘Indian View E’ is from the ‘Indian View’ Series which Hodgkin began working on in 1966 .  ‘They were conceived as a series that should ideally be hung along a wall in a single line. The subject matter was inspired by India. In 1964 Hodgkin had made his first trip to India, and many more visits followed.Initially he intended to give the twelve screenprints titles referring to the time of the day, but he abandoned this idea because he feared that it would prevent their being viewed together as an entity. Their blunt, rectangular forms find their original in the tiny holes around the edge of windows in old fashioned Indian railway carriages. Through these holes the landscape could be viewed in a very concentrated way. Back in England, Hodgkin translated these views into minute colour collages, trying to remain as close as possible to what ha had seen.’ 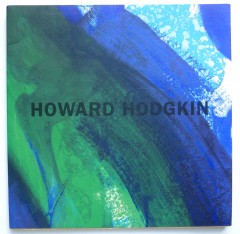 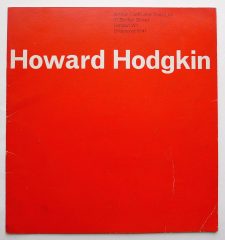 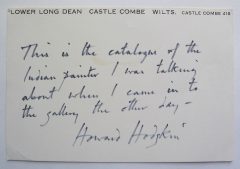 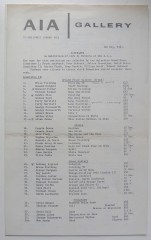 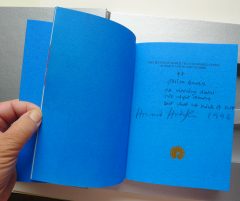