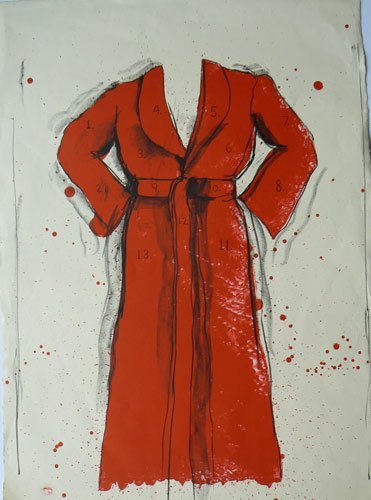 The lithograph is printed in black and red was published in 1976 by St.Peterburg Press. It is a unsigned proof aside from the edition of 150 copies which was signed. The lithograph is printed on water marked hand made wove paper, the watermark indecipherable. The sheet has a small crease within the paper which I have photographed, a 5mm tear in lower margin,otherwise in very good condition.

Jim Dine Prints 1970-1977 by krens , 1977
Page 39
The ‘ Bathrobe’, always prepossessing as a symbol, became monumental in lithography. The three lithographs made at St Petersburg Press in 1969 , like the etched versions of 1972, use identical outlines, but are filled with:1. A colourful landscape,2. A luscious red wash, 3. In Night Portrait, a darkness of the paper itself ‘ ………….. ‘The 1969 bathrobes encompassed Dine’s approach to lithography as a medium that gave him a scale nearer to that of his combine paintings and a surface and tools that were amenable to his natural agility as a watercolorist and draughtsman. 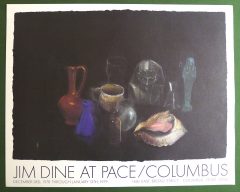 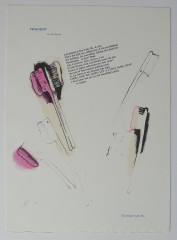 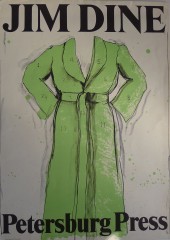