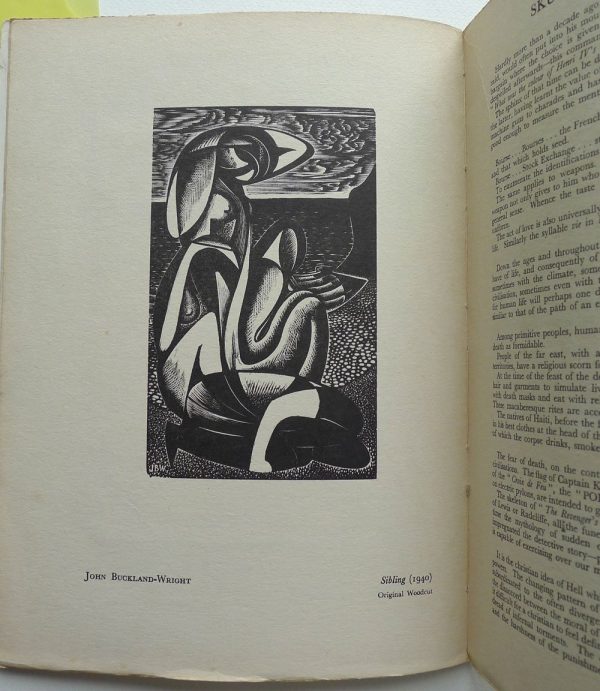 Buckland Wright Woodcut ‘Sibling’; plus three other original prints in ‘The London Bulletin, 1939’

MORE IMAGES CAN BE SENT ON REQUEST

The ‘June 1940’, issue 18-20 of the ‘London Bulletin’ was the last issue printed in the Second World War (1939-1945). First issued in April 1938, ‘London Bulletin’ was very short lived. Each issue published had different colour wrappers and titles in various colours with varying number of pages, although the size 250 x 190mm was consistent. The magazine had been the most influential English Surrealist periodical and was edited by E.L.T. Mesens. Although it described itself as an avant-garde review, Surrealist contributions predominated; the periodical also featured Constructivism and more abstract art. Contributors included Paul Eluard, Herbert Read, Mesens, André Breton, Nash, Tanguy, Beckett, Peret, Picabia, George Reavey, Humphrey Jennings, Roland Penrose, Eileen Agar, John Banting, Conroy Maddox and many others.

Black and Moorhead states that there were ‘artists proofs 1-5; a Ltd Ed. of 30 on Monval paper, published by ‘London Bulletin’. The second state of this Hayter etching ‘Invocation’ was published in 1973, 1-100 copies plus artists proofs 1-XX printed by Hector Seunier and Rigmor Poenard on Barcham Green paper as part of the ‘Hayter-Nine Etchings’ published in 1974. States IV the plate is cancelled.

Therefore the etching for sale within the book ‘ London Bulletin’ is First state of four. However there is still the question of the number. We can only surmise that ’London Bulletin’ had hoped to have an edition of 100 copies with the etching included. However, with the Second World War and S.W.Hayter moving to New York they may have decided to curtail publication. Black & Moorhead may have seen this etching numbered up to 30 and assumed that was the edition size. 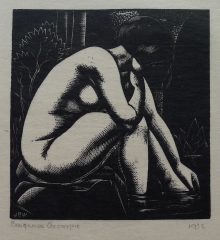 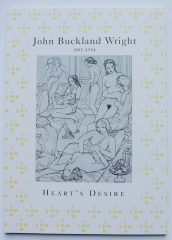 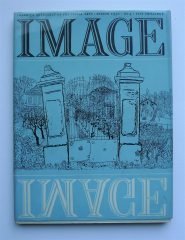 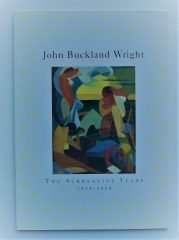 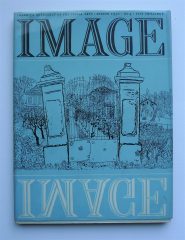 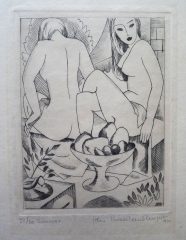