K.B.Kitaj colour screenprint and photoscreenprint signed in pencil lower right. One of the 3 proofs printed on canvas, not for sale. Same image size as the paper edition. The edition was published by Marlborough Fine Art Ltd ,printed by Kelpra Studio, 1970. The canvas is thumbed and a few surface marks, raw canvas with nail holes to right edge, else very good.

Part of the suite of prints, ‘In Our Time: Covers for a Small Library After Life for the Most Part.‘ The suite, composed of book and periodical covers, some altered in collage by the artist. . This was published by Marlborough AG, Schellenberg FL, Germany and printed by Chris Prator at the Kelpra Studio in an edition of 150 initialled and numbered;10APs; 5 PPs; and HC’s; some proofs initialled and and/or signed and numbered by the artist. 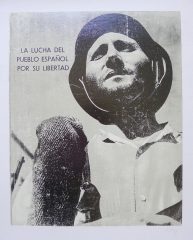 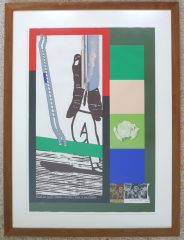 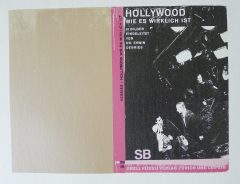 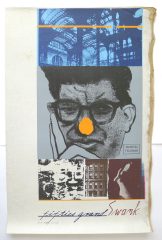 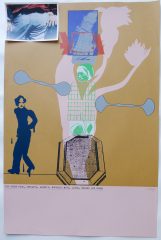 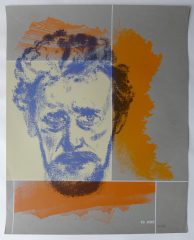