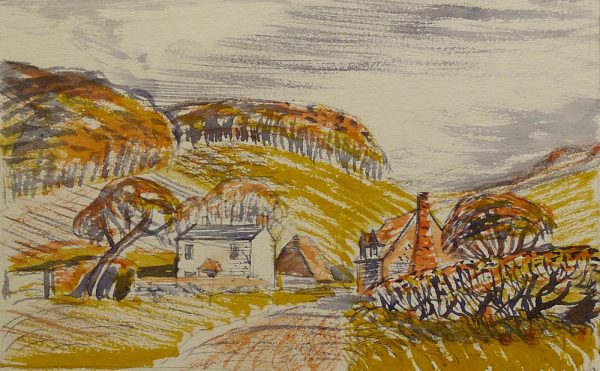 ‘One of Michael’s techniques when sketching was to make notes to remind himself of what he had seen….” Michael’s visual language was highly influenced by the British visionary painter Samuel Palmer (1805-1882). Indeed it was Michael’s discovery of this artist that induced him to begin drawing directly from nature…it was almost a mystical expression of what landscape meant to him. By Simon Langdale March 2015 From: ‘His Hands Magic. Michael Renton (1934-2001)’ 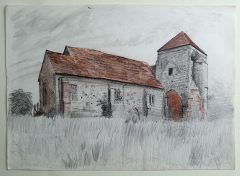 RENTON Michael
An original pencil and ink sketch of a church.
£75.00 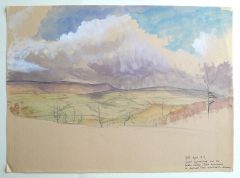 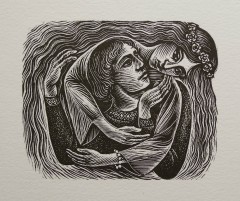 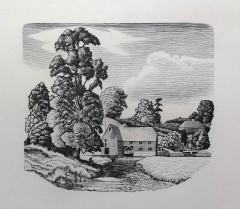 RENTON Michael
‘The Stour in Dorset’ by Michael Renton
£38.00 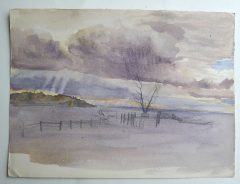 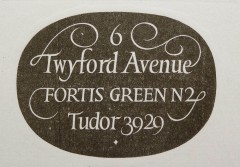