Pen and brush ink. Marked, Vallauris 10.7.’55. 370x265mm. On Lana Doucelles paper. In 1954 he won a French government scholarship to study in Paris, for painting at the Académie Ranson and etching at the Atelier Friedlaender. Later that year, he travelled to Vallauris in the south of France where he met Picasso’s model and muse Sylvette David, who introduced Bernard into the circle of artists around Picasso. 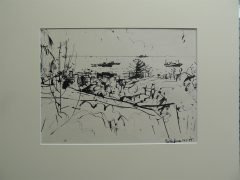 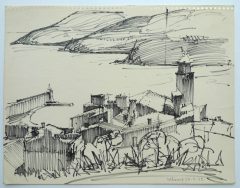 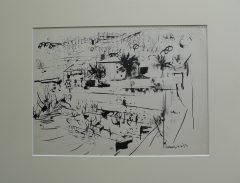 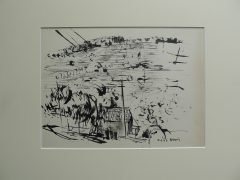 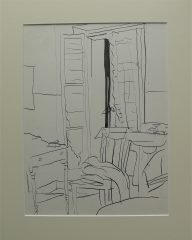