Printed at the Curwen Press on hand made wove paper, the sheet has the Curwen blind stamp centre bottom of print. Published  in 2001. Signed and dated by Peter Blake in pencil in lower right corner and number 65 / 350 copies. Framed in a plain black frame with a cream mount, unexamined out of frame, appears to be in excellent condition.

In 1959, inspired by reproductions by Robert Rauschenberg and Jasper Johns, Blake began to paint collage-like pictures of pop musicians and film stars and to produce assemblages made of recycled material, postcards and other items. Alongside his collages Blake also worked with the medium of imitation: Painted collages, imitated pin-up-boards and locker doors, enlarged, painted postcard motifs and painted adaptations of posters appeared. “In the mid 1960s I did a print called ‘Studio Tack Board’, which was printed at the Curwen Press. So when I was asked to make a new print for Curwen Studio’s 40th anniversary, I referred back to that print, and using some of the original postcards, from a set called ‘Salut De Constantinople’ I made this lithograph ‘Studio Tack Board 2.” Peter Blake 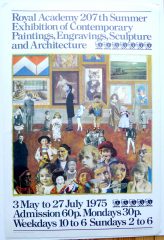 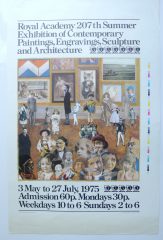 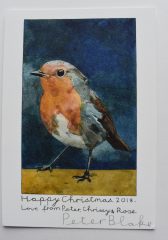 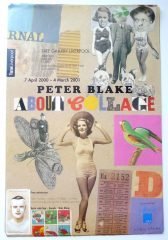