Portrait of Francis Bacon. Original gelatin print by Jorge Lewinski. Circa 1967. Studio stamp of the photographer, ‘Francis Bacon’ added in blue ink. 195 x 248mm. A little thumbed light crease to top left corner. It is said that, until 1949, Bacon refused to allow his photograph to be taken. However, after relenting for photographers including Cecil Beaton, Bill Brandt and his friend John Deakin, it seems Bacon came to enjoy the process. When Lewinski came to photograph Bacon at his studio, 7 Reece Mews in South Kensington, he found Bacon to be ‘civil and helpful, a charming and fascinating conversationalist.’ (Book Reference: 027586)

From the collection of John Edwards, companion of Francis Bacon and inheritor of his estate. 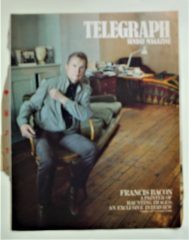 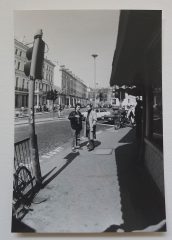 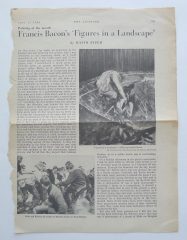 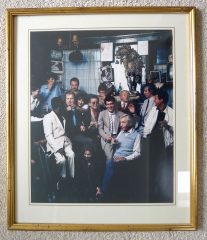 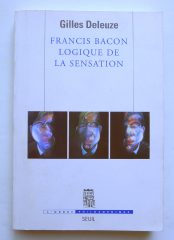