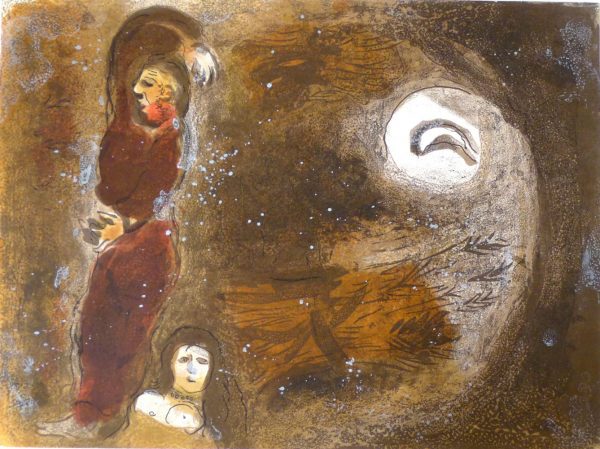 Ruth at the feet of Boaz by Marc Chagall

A colour lithograph by Marc Chagall. The image is titled ‘Ruth at the feet of Boaz’, as published in his famous ’The Bible’. Published as part of the series ‘Verve 33/34’, the prints were printed by Mourlot in Paris in 1960. It is a limited but unsigned edition. The work bears an additional Black and White Lithograph on the reverse.
Reference: Chagall: The Lithographs: Catalogue Raisonne, by Charles Sorlier and Fernand Mourlot.
Reference: M. 244 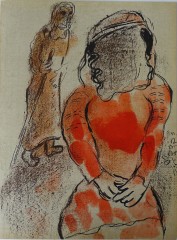 CHAGALL, Marc
Tamar, the daughter in law of Judah by Marc Chagall
£150.00 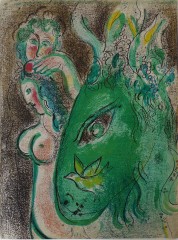 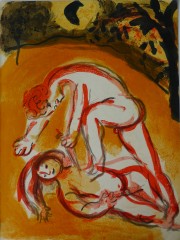 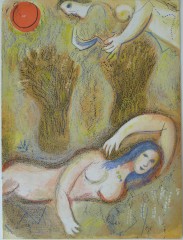 CHAGALL, Marc
Boaz wakes up and sees Ruth at his feet by Marc Chagall
SOLD 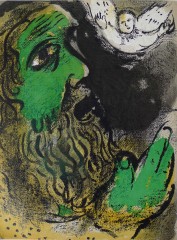 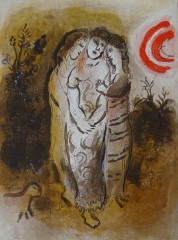 CHAGALL, Marc
Naomi and her daughters in law by Marc Chagall
£260.00