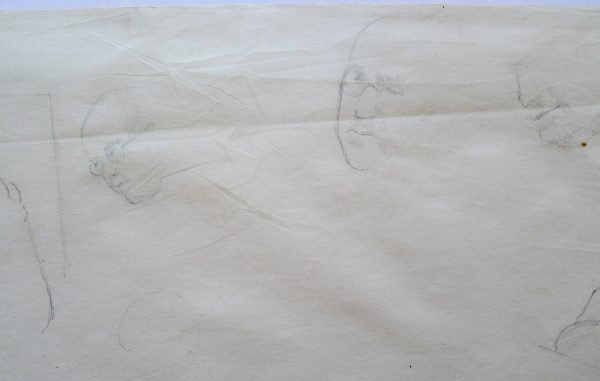 Stanley Spencer sketches of four heads, the sitter is Louis Behrend, drawn circa 1928.  Drawn on ‘Surrey Bond’ water marked paper, the sketches are in light pencil and placed on the top portion of a sheet. Very difficult to photograph. Christies Studio Stamp on verso indicating authenticity. The sheet has old light creases in margins else very good.

A portrait of Louis Behrend can be found in the Tate Gallery collection. Louis and his wife Mary Behrend commissioned a chapel as a memorial for Mary’s brother, Lieutenant Henry Willoughby Sandham, who died at the end of the First World War. In 1923 they commissioned Spencer to make paintings for the Chapel. Consequently Spencer moved to Burghclere to work in-situ.

‘The Chapel is consecrated “The Oratory of All Saints” and only became officially recognised by its colloquial name Sandham Memorial Chapel following the National Trust’s takeover of the property. Spencer would refer to it as his “Holy-Box”, whilst the architect and patrons would privately refer to it as Spencer’s “God-Box”. Meanwhile, John and Mary Behrend’s children pejoratively called it the “biscuit factory”, in response to its “municipal” characteristics’ Wikipedia. 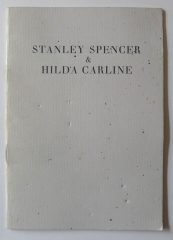 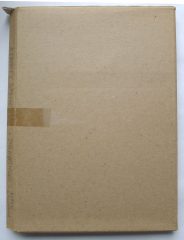 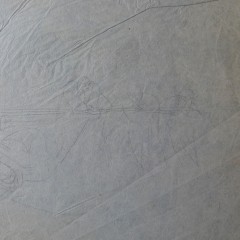 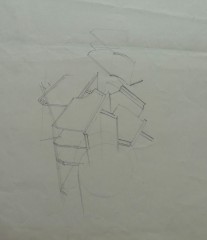 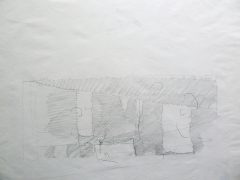 SPENCER, Stanley
Stanley Spencer sketch of a Beseeching Man and a Clothes Line.
£1,100.00 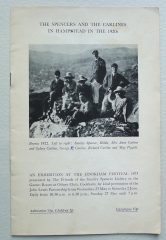 SPENCER, Stanley
CARLINE, RICHARD. The Spencers and the Carlines in Hampstead in the 1920s. An exhibition at the Cookham Festival 1973. Presented by the Friends of the Stanley Spencer Gallery in the Games Room at Odney Club, Cookham 23 may to 2 June 1973.
SOLD