The Cycle of Style in Art, Religion, Science and Technology.

8vo. Original paper covers. Thumbnail b/w illusts. Covers creased and marked. A study of prehistoric and primitive art. In later years, Underwood became increasingly preoccupied with his theory of the ‘cycle of styles’ and a summary of his writings was published in 1961. He produced several bronzes reinterpreting themes from Greek and Roman classical sculptures, such as the Laocöon. These reflect on changes in the ideals of beauty, as in his sculpture ‘40,000 Years’ in which a thin Giacometti-esque female gazes down on a voluptuous Venus of Willendorf, which was then believed to be 40,000 years old. In his own work Underwood had embarked on a remarkable stylistic journey as an artist, but throughout his work had been concerned with the timeless subject of the human figure.

The Cycle of Style in Art 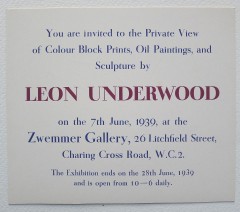 UNDERWOOD, Leon
You are invited to the Private View of Colour Block prints, Oil Paintings and Sculpture by Leon Underwood on the 7th June, 1939 at the Zwemmer Gallery 26 Litchfield Street, London W.C.2.
£65.00 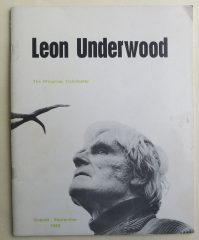 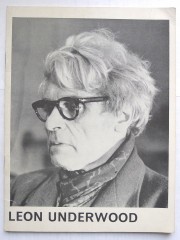 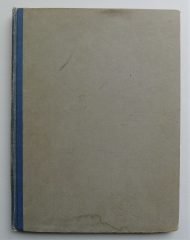 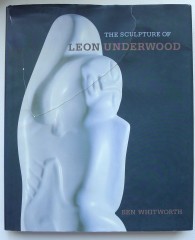 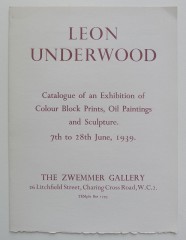