The Gentle Art of Making Enemies. SIGNED BY WHISTLER WITH MONOGRAM.

‘ The Gentle Art of Making Enemies.’  by  J.M.Whistler.  SIGNED BY WHISTLER WITH MONOGRAM.SIGNED BY WHISTLER WITH MONOGRAM. First Edition, First Printing. Square 8vo.340pp. Bound in original cloth spine and grey paper covered boards with gilt lettering. Signed presentation copy by James McNeill Whistler to Samuel Siegfried Bing Siegfried Bing-With Compliments & pleasant Sympathy signed with the monogram on front free endpaper . Extremities a little worn, a brown mark size of a finger, ink mark, on front cover; back cover has a few dark marks as if it has been put onto a dirty surface with a light chip to surface; Inside some foxing throughout; endpapers browned; fore-edges untrimmed and foxed; approximately 60 pages have a small dent due to a small hard object being placed in book accidently, now removed. Inside a bookseller s label, Maggs Brothers, loosely inserted in case book lost in post. The spine is holding firm and it is generally a clean copy. Samuel Siegfried Bing, who usually gave his name as S. Bing, was an influential German-French art dealer who lived in Paris and who dealt Japanese art in Paris; published in Le Japon Artistique and was an important figure in the development of the Art Nouveau style during the late nineteenth century. Whistler s account of his sensational libel suit against art critic John Ruskin. Ruskin, at the initial debut at the Grosvenor Gallery, wrote a vicious review that Whistler’s now acclaimed oil painting of exploding fireworks at night, Nocturne in Black and Gold The Falling Rocket was “flinging a pot of paint in the public’s face.” Whistler won a tiny sum but ruined himself financially in the process. 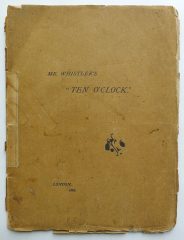 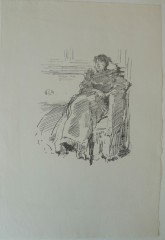 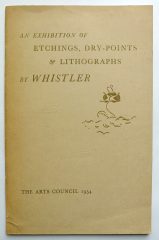 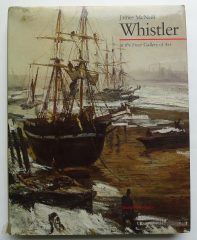 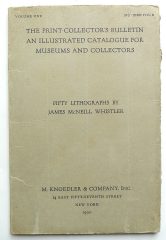 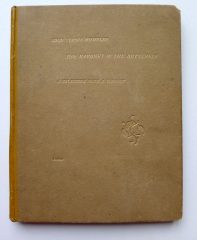 WHISTLER, James McNeill
Eden Verses Whistler. The Baronet and The Butterfly. A Valentine with a Verdict.
£45.00