4to. Bound in pictorial wrappers design by Ardizzone. [16pp] Original British Programme published by Ealing Studios for the 1947 film, The Life and Adventures of Nicholas Nickleby’ directed by Alberto Cavalcanti, based on the novel by Charles Dickens. Illustrated with many original four colour illustrations throughout by Edward Ardizzone, printed in lithography, throughout the programme. The film starred Sir Cedric Hardwicke and Sally Ann Howes among other leading actors of the time. One of the Ealing Studio classics of the time.Includes the original cast list and story summary. A very good copy with just very lightly handling folds and an old crease in top right corner of the front cover.

Provenance: the Collection of Andrew Murray, director of the mayor Gallery, Cork Street. He knew Ardizzone and organised several exhibitions for Edward Ardizzone. 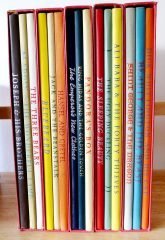 ARDIZZONE, Edward
EVERGREEN TALES; OR, TALES FOR THE AGELESS being Aladdin and The Wonderful Lamp, Joseph and His Brothers, The Three Bears, Bluebeard, Hansel and Gretel, Jack and the Beanstalk, Dick Whittington and His Cat, Beauty and the Beast, Saint George & the Dragon, King Midas and the Golden Touch, Pandora’s Box, The Emperor’s New Clothes, The Ugly Duckling, The Sleeping Beauty in the Wood and Ali Baba and the Forty Thieves
£850.00 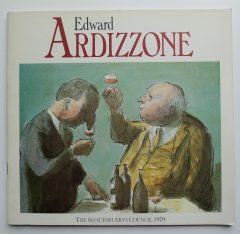 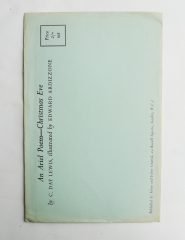 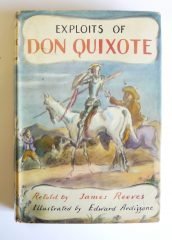 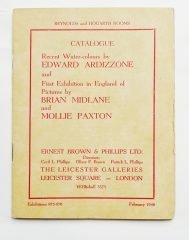 ARDIZZONE, Edward
Recent Watercolours by Edward Ardizzone and First exhibition in England of Pictures by Brian Midlane and Mollie Paxton.
£45.00 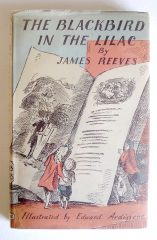 ARDIZZONE, Edward
The Blackbird in the Lilac by James Reeves
£35.00