The Billy Childish poster titled ‘Better Like Better with Jokes’ shows the images of the comedians Ernie and Morecombe .On distressed paper, to reinforce how much art is hated, with the hangman’s symbol with a swastika and ‘Art Hate Archive’ stamp to lower middle margin and the ‘Art hate Archive stamp’ in lower right  corner with the number 091 04’. Signed in pencil with a tag. This is a common image, printed with a different backgrounds. 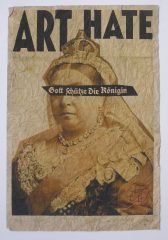 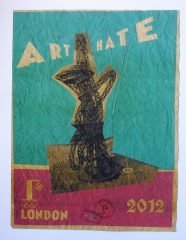 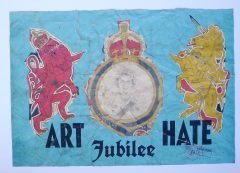 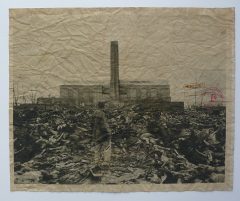