Dan Kelly thrown vessel with engobe. A thrown vessel which has been reshaped and manipulated. Made circa 1980. Glazed with a engobe.  In good condition.

Dan Kelly trained at Camberwell School of Arts and Crafts, ceramics 1973-7, where Colin Pearson was an initial influence, encouraging him to develop his throwing technique and Ewen Henderson. After Camberwell he continued his studies and completed a  post graduate course at the Royal College of Art from where he graduated in 1979.  Dan Kelly has continued making work and held various technician posts until he became ‘Artist in Residence ‘at Christ’s Hospital School in 1988 and now currently teaches.

His work is thrown stoneware pots, some are manipulated by cutting and reshaping by hand. His decoration is deliberately kept to a minimum with dark metallic oxides, being the usual finish to his work. However his white porcelain pieces are left virtually untouched with dark glazed interiors. The size of the work can range from four inches upwards.

His recent work is now signed with a stamp, most of his earlier work is not. 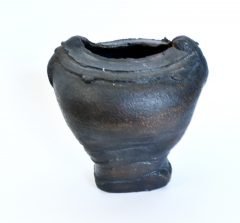 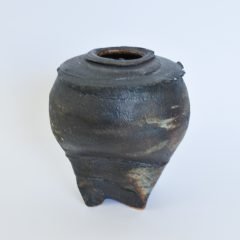 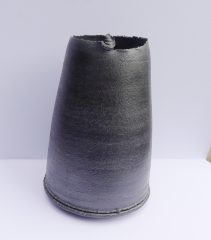 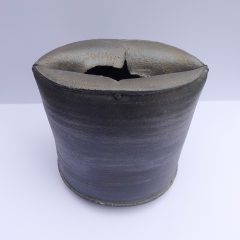 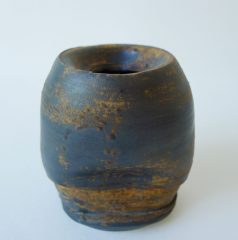