John Middlemiss ceramic vessel from ‘Boat’ series.Not dated but circa 1996-2000. A thrown and reformed piece made in clay which has been polished and with a design sprayed. Perfect condition. This particular piece has been exhibited and appears in Jonathan Middlemiss ‘Archive and Land Art 1972-2001′. Signed on base. 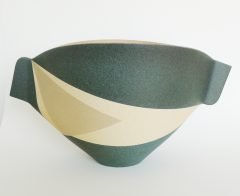 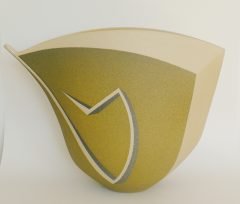