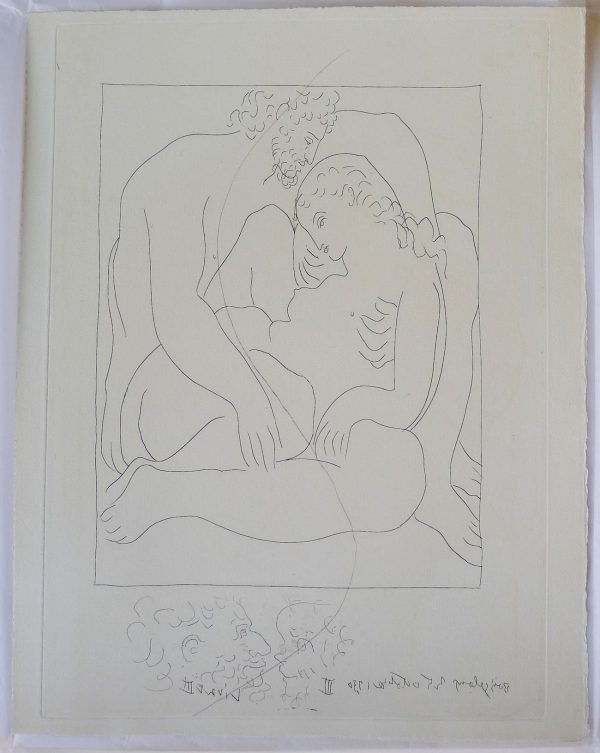 Reference: Crammer 19, Bloch 104. Crammer states that the edition was of 145 copies of which 5 copies were on White Imperial paper with a suite on japon  etc and a signed drawing; 25 copies were on white imperial Japan with a suite in japan; 95 copies on Arches laid paper numbered from 31-125; 20 hors commerce copies reserved for artist & the collaborators. All copies were signed in by the artist, the first 30 in ink, the rest in pencil.  ‘There were also 100 suites of impressions  from the cancelled plates with remarques which were printed on Rives wove and numbered from the 1 to 100, as were 10 suites on china, numbered from l to X’ 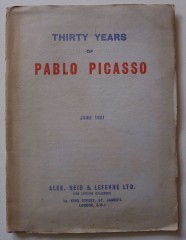 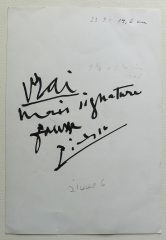 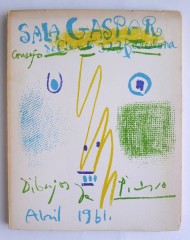 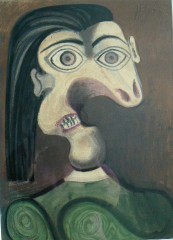 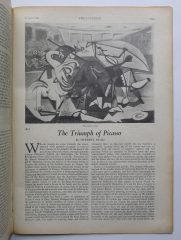 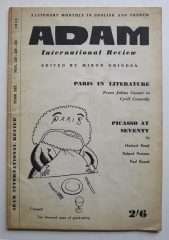