An original artwork by Terry Frost. A drawing in felt tip pen with leather lace intertwined. Inscribed on verso ‘ Happy Xmas, Kath + Terry’. Not dated but Circa 1967/68 .  There is a  central vertical fold, else very good.   Framed.

Provenance:Purchased at auction. The original recipients were Harry and Mary Judge, Oxford.
Harry Judge was headmaster at Banbury School in the 1960s Where Terry sent his children while he was teaching at Reading University.

I have to thank Dominic Kemp for the information above. Dominic kemp wrote ‘ Terry Frost Prints. A Catalogue Raisonne’ Which I can highly recommend. 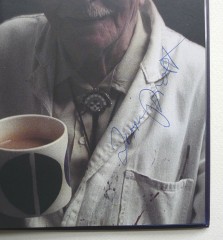 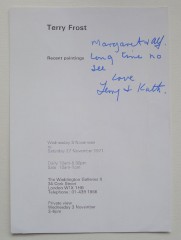 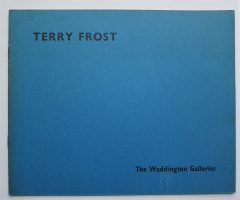 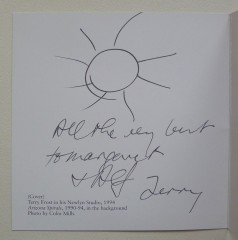 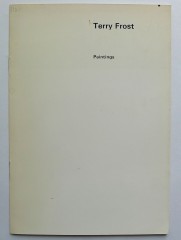 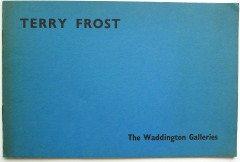